Home / WORLD / ‘First Day’, the drama about a transgender 12yo, shouldn’t be on the BBC children’s channel. It’s harmful, shameless propaganda

‘First Day’, the drama about a transgender 12yo, shouldn’t be on the BBC children’s channel. It’s harmful, shameless propaganda 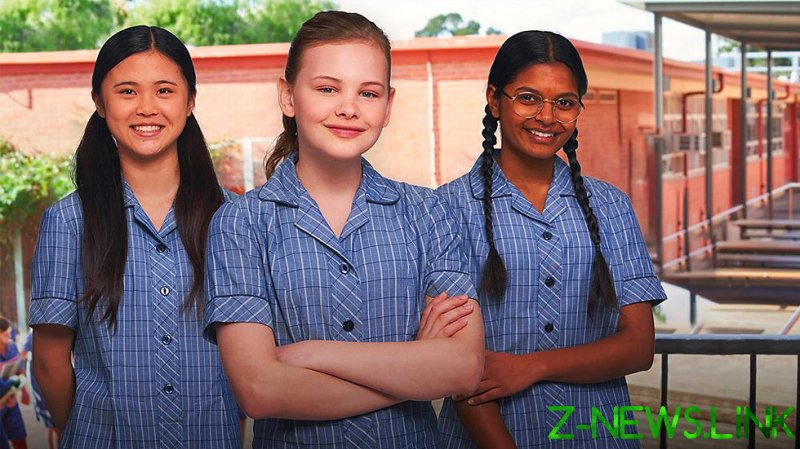 The transition from primary school to secondary school can be an anxious time for all children, and it is surely a worthy topic for children’s television to cover.

But “First Day” – the latest offering from the children’s arm of the BBC – focusses on a transgender-identified child who transitions from male to female at the same time. The synopsis is simple: an unhappy feminine boy, mocked and bullied by others, overcomes enormous adversity to become the centre of attention, popular with peers and feted by teachers after they metamorphose from boy to girl.

The four-episode miniseries – produced in Australia and originally shown on ABC – opened last week on CBBC, the BBC TV channel aimed at 6 to 12 year olds. The scene was set when the high school principal told 12 year-old Hannah Bradford that while they would be enrolled under their legal name Thomas, but that any non-legal documents would use the name Hannah.

So far so good – and preferred names are used widely in schools – but then came the bomb-shell: Hannah would be required to use the sick bay toilets in case other parents found out that “a boy was using the girls toilets”. Hannah’s heart-felt plea that they were not a boy pulled hard on the emotional heartstrings. Less than three minutes into episode one, the young hero was already pitched against unknown and unseen adults who presumably might be “transphobic”.

The series continues on Wednesday 26th August at 5 pm, with a plot reminiscent of a modern-day fairy tale. Hannah’s initial plan is stealth: to hide the past and pose as a girl to all the other children. But the first hurdle – a sleepover party – could be Cinderella at the ball. Hannah is not allowed to sleep over, but not for the sake of the other girls. Hannah’s parents were adamant: it was purely about Hannah’s safety and need for support. The disappointment is palpable when Hannah’s doting mother arrives at the party. The car might not turn into a pumpkin on the way home, but the events of the next day could have come straight from Disney.

Hannah’s friend calls, Hannah tells her the truth, they hug, and they all live happily ever after. Despite continued obstacles – there are two more episodes to fill – Hannah wins over bullies, overcomes fears and, by the time the series finishes on September 9th, blossoms to become a key role model at the school camp.

But while fairy stories are set in fantasy, “First Day” is supposedly rooted in reality and that worries me. As a teacher, I know that 6 to 12-year olds are yet to develop critical thinking skills. Indeed, some still believe in Santa and the Tooth Fairy.

“First Day” makes outrageous claims that are neither challenged nor analysed but presented as unquestionable truth. As Hannah came out to the friend, impressionable primary school children hear that, “It’s like when you’re born, everyone thinks you’re a boy or a girl, but you know you are not. You’re really the opposite.” When the friend suggests that Hannah is really a boy, she is rapidly corrected, “No, I’m really a girl. It’s just when I was born, I looked like a boy, and everyone thought I was a boy”.

This is just not true. I’m transgender myself and I was most definitely a boy. What matters is not what anyone thinks but scientific truth. Not surprisingly, therefore, what makes Hannah a girl is never explained, though Hannah’s distaste for boys’ toys roots it in sexist stereotypes. Hannah did not want trucks for birthday presents, therefore Hannah is a girl. Deliberately and necessarily simple – considering the target audience – but potentially devastating for any young boy watching who doesn’t like trucks either.

At the same time, young female viewers were presented with a role model of their own in Sarah. A progressive script may have celebrated the fact that girls can crop their hair and play with trucks. But poor Sarah was cast as an unhappy child scared that she was “getting further and further away from who I really am”. Inevitably, Hannah took her in hand and told her, “I’m going to help you”. Unforgivably, in my view, the sentence was never completed with, “tell a teacher.”

But this is not an educational film, it is shameless propaganda. The primary school viewers are told that if they are unhappy with their sex then they can choose the other one. They can’t, of course, but biological facts are not in the script. Setting the programme among a group of 12-year olds avoided the knotty problem of puberty. In real life, we all know that it is much harder for older boys to pass as girls. Unless, of course, their natural physical development had been halted by puberty blockers: powerful cancer drugs that act on the pituitary gland to stop the production of sex hormones in the gonads.

But that did not trouble the film makers as they presented a happy ending without ever hinting at the consequences. The rather emotional conclusion paints a picture of happy children – with Hannah centre stage – starting out on perfect lives. The uplifting soundtrack announces, “this is where it all begins”, but what actually does begin is never made clear to the young viewers who by now are possibly indoctrinated with misinformation.

As the British National Health Service itself warns: “Little is known about the long-term side effects of hormone or puberty blockers in children with gender dysphoria. [Nor is it] known what the psychological effects may be. It’s also not known whether hormone blockers affect the development of the teenage brain or children’s bones.”

In a final twist, transgender-identified Hannah Bradford is played by transgender-identified Evie MacDonald, something that can only magnify the impact on impressionable youngsters considering the MacDonald family’s high-profile activism. Evie’s mother, Meagan MacDonald is a transgender advocate in Australia, offering advice to parents of “Gender Diverse Children”, while Evie models fashion and took on Australian Prime Minister Scott Morrison personally over a tweet she perceived as being “hateful” towards trans kids.

Evie is a patient at the Royal Children’s Hospital, Melbourne (RCH) and features in the Australian Standards of Care and Treatment Guidelines for trans and gender diverse children and adolescents. According to 9 News Australia, Evie is taking hormone blockers, which perhaps explains why a 14-year old male could successfully portray a 12 year-old child who passes as a girl.

This is a politically savvy family at the heart of a film that has a political message. It is not harmless entertainment; it promotes an ideology that has driven a 1767% rise in demand at the RCH Gender Clinic since 2012. That, however, was absent from the film.

While “First Day” might be something for parents to watch – to be forewarned is to be forearmed – it is unsuitable for primary school children, and certainly unaccompanied children, who could well latch on to transgenderism as an escape route from problems around identity and relationships. Parents, be warned!