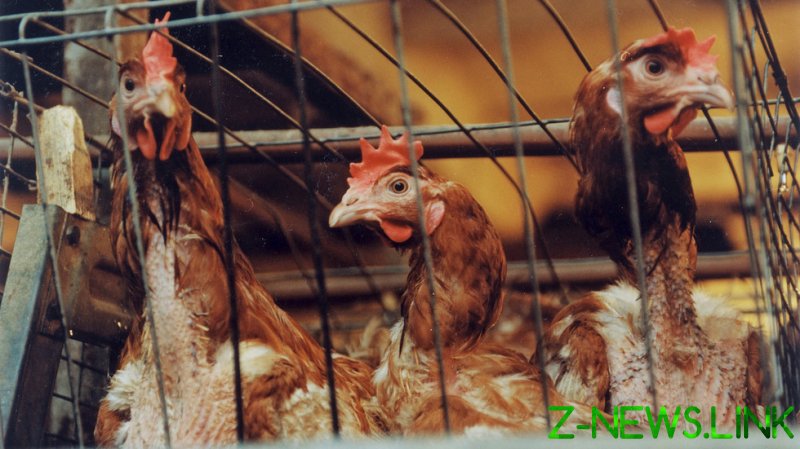 On Saturday, Anna Popova, the head of health watchdog Rospotrebnadzor told journalists that experts at the Vector Institute in Siberia had “isolated genetic material” from a new influenza variant.

The samples they tested came from seven employees of a poultry farm in southern Russia, which registered a bird flu outbreak in December last year.

“All people, all seven people I’m talking about today, feel good, their clinical course was very mild,” she said. “Today they feel good, and even then [when infected] they felt good – the disease ended quickly enough.”

Named influenza A (H5N8), Popova added that the new strain “is capable of spreading from birds to humans – it has overcome the interspecies barrier.” However, she added, “at present, this variant of the influenza virus is not being transmitted from person to person.”

Despite that, the watchdog head warned, “how quickly subsequent mutations might allow it to overcome that barrier – only time will tell.”

In response to the discovery, Russia has notified the World Health Organization (WHO) about the first case of human infection with the new type of bird flu. Rospotrebnadzor has already placed its full genomic sequence in an international database to help scientists across the world track and understand its potential to spread.

While the world has been grappling with Covid-19 since early last year, scientists had previously believed the most likely cause of a global pandemic would be a new strain of highly-infectious influenza. The 1918 epidemic, known as Spanish flu, was down to a strain known as H1N1 and, while estimates vary, it may have led to the deaths of as many as 100 million people.

Countries including China and Korea have been hit by limited outbreaks of bird flu on multiple occasions over previous years, with cases also being detected in numerous Western nations as well.