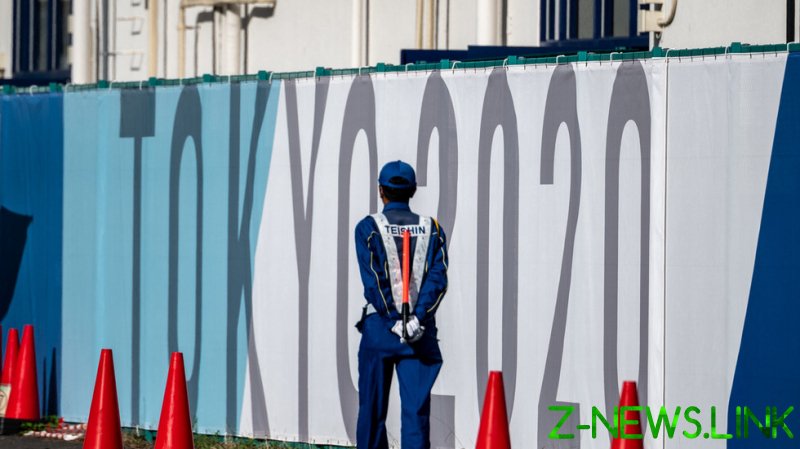 “That was the very first case in the Village that was reported during the screening test,” Masa Takaya, spokesperson for the organizing committee, told reporters on Saturday.

Tokyo 2020 CEO Toshiro Muto confirmed that the infected person is a foreigner who is involved in organizing the games. He did not reveal the person’s nationality, citing privacy concerns.

Separately, Japanese media reported that a Nigerian delegate in their 60s became the first visitor to games who was hospitalized with Covid-19. The person tested positive for the virus in the airport on Thursday and was admitted to a hospital due to their age and pre-existing conditions.

Authorities are also trying to track down a 20-year-old Ugandan weightlifter, Julius Ssekitoleko, who didn’t show up for a Covid-19 test and went missing from his hotel in Izumisano, Osaka prefecture, on Friday. He reportedly left a note saying he does not want to return to his home country.

The games, which were canceled last year because of the pandemic, will be held without spectators and under strict health protocols between July 23 and August 8. Tokyo is set to remain under a state of emergency for the duration of the tournament due to the rise in infections. The Japanese capital reported 1,271 new cases on Friday, which was the third straight day that the daily increase shot past 1,000.

A group of protesters marched past an Olympic venue in Tokyo on Friday, demanding that games be canceled. “Holding the Olympics will cause mutated strains [of the virus] to spread, which will endanger our lives,” a protester told RT’s Ruptly video agency, adding that the games have become “a festival of someone’s interest,” as opposed to being a public good.

Polls previously showed that the majority in Japan wished to have the games canceled or postponed out of fears that the large tournament will exacerbate the situation with Covid-19.

According to an Ipsos Global Advisor survey that was conducted between May 21 and June 4, 78% of respondents in Japan said they opposed the games taking place despite the pandemic not being over.

The organizers, for their part, have promised to ensure the safety of athletes and the general public during the tournament.