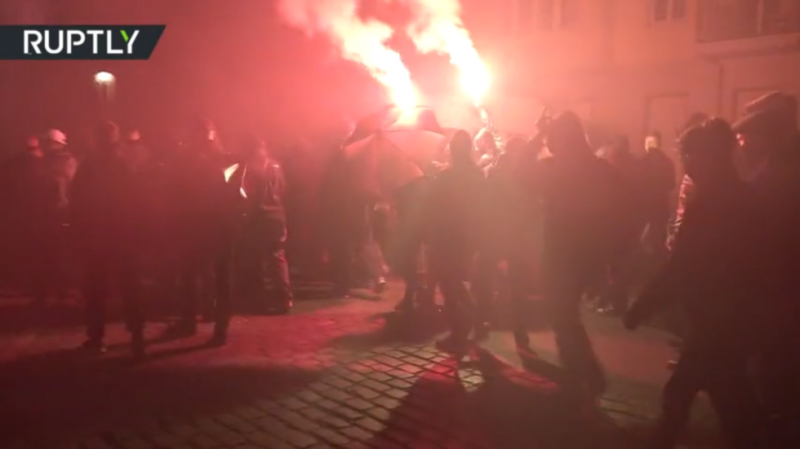 Demonstrators held flares and shot firecrackers as they marched through the district to defend the building currently occupied by left-wing squatters. Around 1,500 people participated in the protest, local media said, citing police.

Footage published by RT’s Ruptly video agency shows activists holding a large banner reading ‘Defend Liebig34’, the name of a housing project located at Liebigstrasse 34. Authorities have announced that they plan to evict the squatters on October 9.

Residents of the occupied building hung signs from their windows and blasted music as the protesters moved through the neighborhood.

The crowd was escorted by police officers, some of whom were in riot gear. The demonstration reportedly ended without any serious incidents. Local media reported that several isolated arrests were made.

Liebig34 describes itself as an “anarchist-queer-feminist housing project.” The occupied building has become a symbol of radical left-wing activism in the city. The tenants have been ordered to vacate the premises after the building’s owner filed a suit, as the commercial lease ended in 2018.