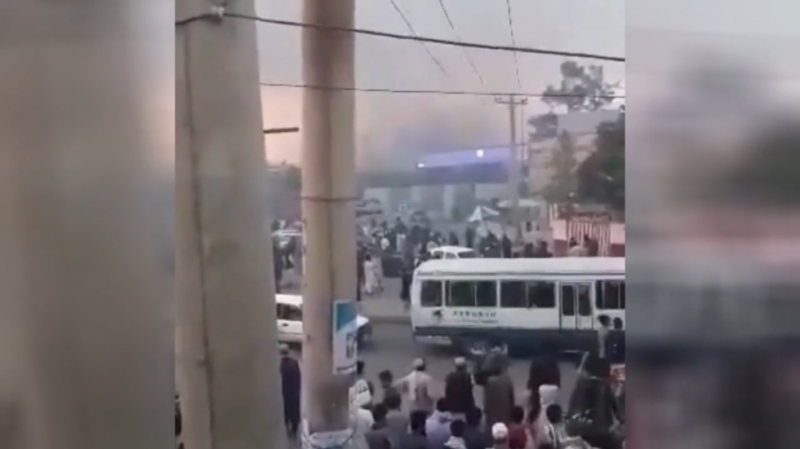 News of the blaze broke on Monday evening local time. Little is known about the fire’s severity or origin, but videos posted to social media show a hazy cloud of smoke rising from the airport, which has been the focal point of US and Western evacuation efforts for the past week.

The security situation at the airport remains fragile, with US and allied troops working to evacuate thousands of their own civilians and Afghan refugees from Kabul. Hours before the fire broke out, US and German troops got into a gun battle with unknown assailants, in an exchange of fire that left one Afghan soldier dead. At least 20 people have died at the airport over the past week, a NATO official told Reuters on Sunday.

It is unclear at time of writing whether the fire is impacting flights to and from the airport. Flights were departing the airport non-stop over the weekend, with the Biden administration claiming to have evacuated around 11,000 people in 36 hours. However, thousands more remain in Kabul, and the likelihood of the US and its allies meeting their August 31 deadline for total withdrawal is now in question.

The Taliban, which seized power in Afghanistan just over a week ago, has warned of “consequences” if the deadline is not met.