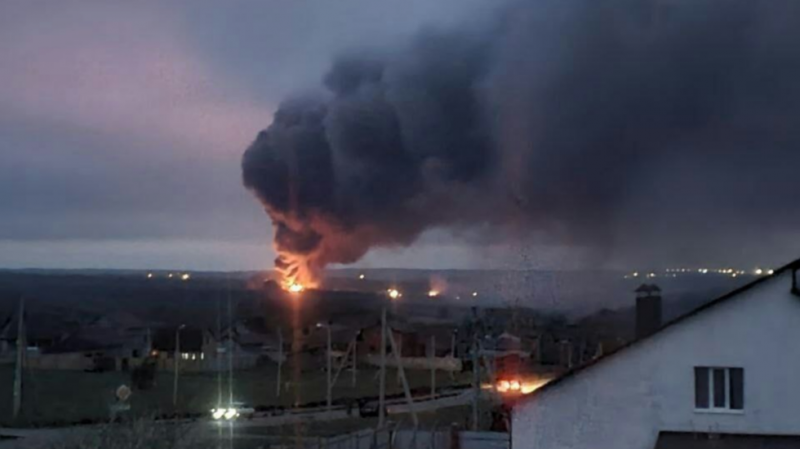 A series of explosions have rocked an ammunition depot south of the Russian city of Belgorod, close to the Ukrainian border, a day after several villages in the same region came under attacks since blamed on Kiev’s forces.

The first powerful blasts were heard across the region around 3:30am local time, with some reports claiming air defenses had been activated. Several photos and videos of the fire, followed by secondary explosions, soon started making the rounds on social media.

There were no reports of casualties or damage to civilian infrastructure, according to the regional governor, Vyacheslav Gladkov, who confirmed an incident at a military facility near the village of Staraya Nelidovka, some 12 kilometers from the Ukrainian border.

The blaze was reportedly contained by 6:30am, but the exact cause of the incident remains unknown.

Since the beginning of the Russian attack on Ukraine on February 24, numerous settlements in the Belgorod Region have been hit by salvos, with several criminal cases subsequently opened. On Monday night alone, local authorities accused Ukraine of shelling at least three villages, including the settlements of Zhuravlevka, Golovchino and Nekhoteevka. 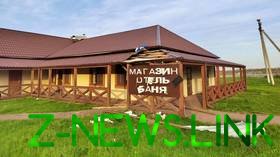