Fire breaks out at Russian military site near Ukraine – governor 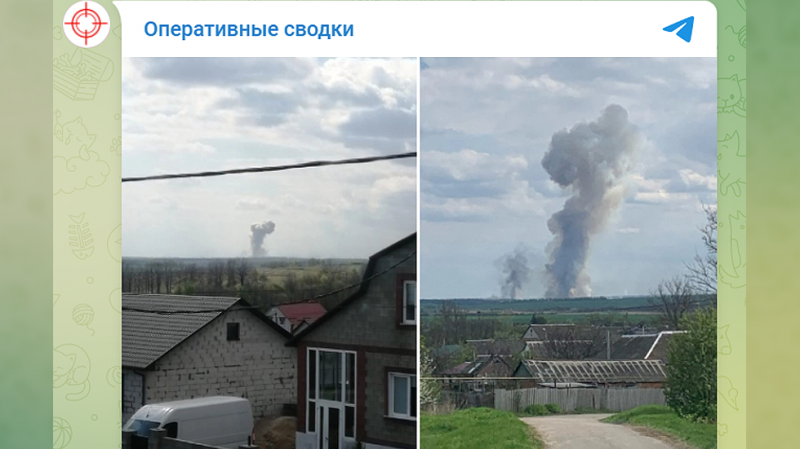 A fire broke out on Sunday at a Russian military site in Belgorod Region, which borders Ukraine, Governor Vyacheslav Gladkov has said.

“A fire has occurred on the territory of one of the sites belonging to the Defense Ministry,” the governor wrote on social media. He added that officials were determining the damage and if there were any casualties. Gladkov later added that a civilian was lightly injured.

Photos and videos posted on social media purportedly show a large cloud of smoke in the area.

The governor said the emergency services have been deployed to the site. The Defense Ministry has not yet commented on the matter.

On Wednesday, a fire broke out at a weapons depot in Belgorod Region.