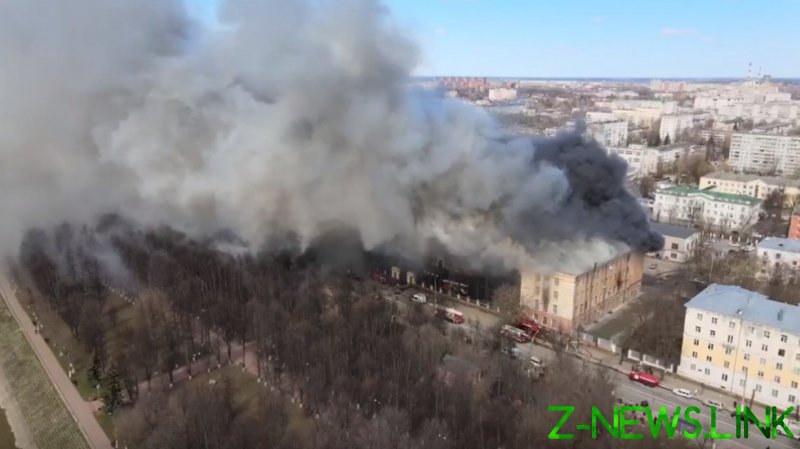 A fire broke out at the Russian Defense Ministry’s research facility in the city of Tver, some 180 kilometers (112 miles) northwest of Moscow, on Thursday.

At least seven people were killed in the blaze, a representative of the emergencies services told the media.

The local medics said that seven people required hospitalization as a result of the incident, with three of them placed in intensive care. Most of the patients had suffered burns, they added.

Initial reports suggest that two people were killed and 20 others wounded in the fire.

Footage from the scene shows large clouds of smoke billowing from the upper floors of the building, which belongs to the Central Research and Development Institute of Aerospace Defense Troops.

The burning building has been evacuated, with fire brigades currently working on site.

According to preliminary data, the blaze spanned across some thousand square meters and caused a partial collapse of the roof.

The fire had  started in one of the rooms on the second floor of the administrative building.