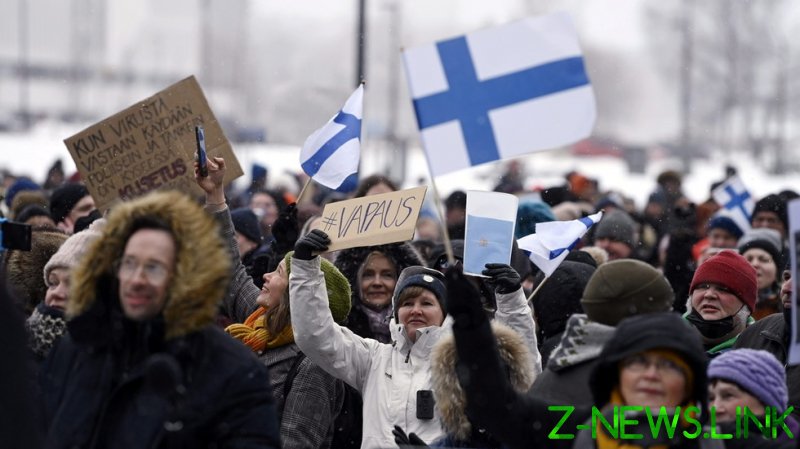 Due to objections by the Committee on Constitutional Affairs, “the government is of the opinion that… the proposal for temporary restriction of freedom of movement and close contacts must be withdrawn from the Parliament,” Marin announced in a Twitter post on Wednesday.

The PM added that the Covid-19 situation remained “serious” in Finland, despite it being one of the least-affected nations in Europe. The country has so far recorded just over 76,800 cases of the disease and more than 820 deaths, and has been widely praised for its response to the highly-contagious virus.

Marin called on the public to spend Easter with their families, while avoiding unnecessary contacts and travel. “We still have to work together to make summer brighter for all of us,” Marin wrote.

The prime minister’s announcement followed a statement by the constitutional law committee, which said that the proposal of the first lockdown in Finland was too vague and didn’t comply with the country’s constitution.

The Finnish government suggested the restrictions a week ago amid a rise in infections across the country. The draft proposed that the citizens be only allowed to go outside for pre-approved purposes, like buying food or traveling to a second home, and that non-compliance be punishable by fines.

Elsewhere in Europe, Germany last week cancelled its planned five-day Easter lockdown, which would’ve closed all businesses, only allowing supermarkets to operate for one day during the period, after the government bowed to public pressure. Chancellor Angela Merkel apologized that such harsh measures were even considered, saying: “this mistake is my mistake alone.”