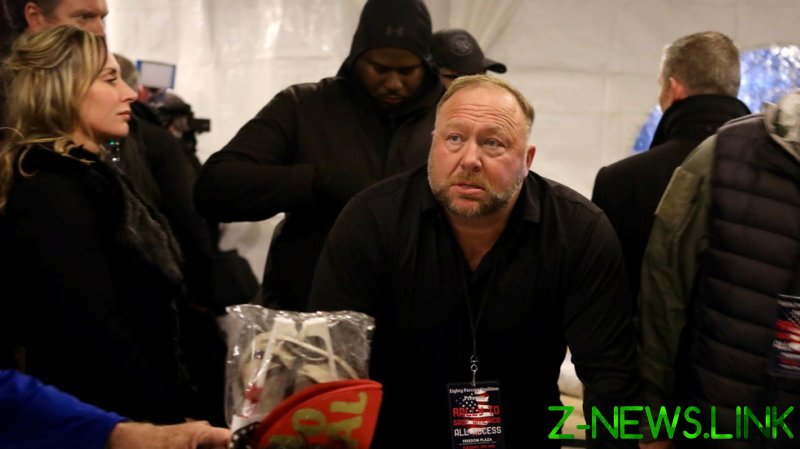 The Supreme Court refused to hear an appeal from Jones on Monday. The controversial conservative has been fighting a court sanction from a defamation lawsuit launched by families of victims of the 2012 shooting, which left 26 people dead.

Jones is being sued by the family members, as well as an FBI agent that responded to the shooting, for allegedly claiming the incident was a hoax on his show. Families claim they have been subjected to harassment and death threats since Jones made his comments.

Jones was penalized in 2019 for refusing to hand over court documents as requested by opposing attorneys, as well as for an allegedly threatening outburst on his show against one of the attorneys. Judge Barbara Bellis barred Jones from filing a motion to dismiss the case and ordered him to pay for some of the legal fees of the families suing him.

The ‘threatening’ message Jones said on his show related to attorney Christopher Mattei of planting child pornography, which was found in email metadata files Jones turned over.

Norman Pattis, Jones’ attorney, said the pornography was in emails sent to Jones, but they were never opened. He previously said the FBI cleared Jones of any wrongdoing after an inquiry found “there was no suggestion that anyone here wanted that material, ever looked at it or even knew about it.” InfoWars has described the material as part of a “malware attack.”

Pattis called the Supreme Court’s dismissal “a disappointment” and blasted Judge Bellis for “[asserting] frightening and standardless power over the extrajudicial statements of litigants.”

“Mr. Jones never threatened anyone; had he done so, he would have been charged with a crime. We are inching our way case-by-case toward a toothless, politically correct, First Amendment,” Pattis said in a statement to The Associated Press.

Joshua Koskoff, a lawyer for the Sandy Hook families, applauded the court’s decision, slamming Jones as an “opportunist” preying on grieving families.

The Connecticut Supreme Court previously upheld the sanctions against Jones, arguing his comments were not protected by the First Amendment because it was speech that was an “imminent and likely threat to the administration of justice.”

Jones, who has been banned off major social media platforms like Facebook and YouTube, has said repeatedly in the last few years that he believes the Sandy Hook shooting happened and claimed he merely “war-gamed” hoax theories with others on his show.

One of the earliest prominent supporters of Donald Trump for president, Jones has been blasted on social media since the Supreme Court’s decision with critics celebrating the legal loss and hoping more bad news is in the commentator’s future, with some hoping he loses “every cent he has” and others hoping the lawsuits against him end his career.

“Now finish him. Take his money, his home, everything he has, to pay the victims of his hateful mindless conspiracism,” author Tim Wise tweeted in reaction to the high court’s decision.

Jones faced another legal setback in January after the Texas Supreme Court refused to dismiss four defamation suits from parents of children who died in the Sandy Hook shooting. They sued in Travis County where InfoWars is based.