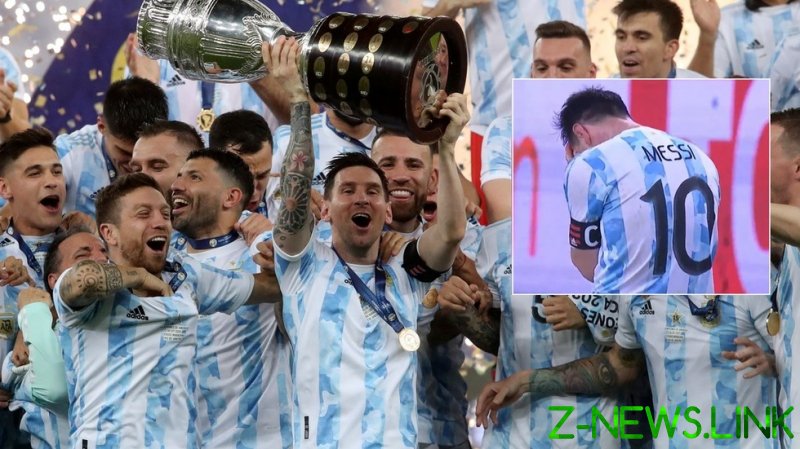 After losing four Copa America finals since their last triumph in South America’s showpiece tournament – including three finals involving Messi – Argentina were finally crowned continental champions as Angel Di Maria’s wonderful first-half lob was enough to give them a 1-0 victory over Brazil at the Maracana.

Argentina captain Messi had a quiet game by his lofty standards and missed a late chance to wrap up the game, but dropped to his knees on the final whistle before being smothered by his teammates.

The title is Argentina’s first since their Copa America triumph in 1993 and their 15th Copa America in total – a joint record with Uruguay.

La Abliceleste lost back-to-back finals against Chile on penalties in 2015 and 2016 as well as suffering defeats against Brazil in 2004 and 2007, but now finally have their hands on the famous old trophy again.

Argentina’s title in front of empty stands at the Maracana caps a controversial tournament which was moved to Brazil after initial co-hosts Argentina and Colombia were stripped of the hosting rights due to the Covid-19 situation and political unrest respectively.

Brazil was a contentious choice considering the nation’s own coronavirus and political turmoil, but the event went ahead despite widespread protest and reported doubts among the Brazilian players themselves.

The hosts were ultimately unable to defend their title, despite piling on the pressure in the second half and ending with five strikers on the pitch. 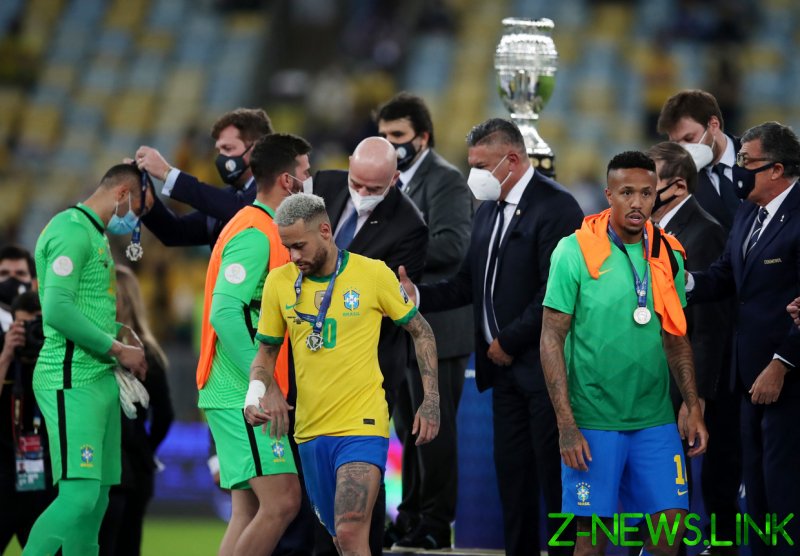 Brazil and Neymar came up short on home soil. © Reuters

Messi had a subdued game by his stellar standards, although Argentina manager Lionel Scaloni later revealed that the star had been playing with a hamstring problem in the semi-final and final.

Messi still ended the competition with four goals and five assists and was named joint player of the tournament with Brazilian ace Neymar.

Many tipped Messi to be well on the way to a seventh Ballon d’Or accolade now that he had ended his lengthy wait for a senior title with Argentina, having previously won the U-20 World Cup and Olympics.

“This is a very big title,” said Argentina coach Scaloni. “I hope that Argentines can enjoy it. The fans love the team unconditionally and I think they identify with this side that never drops its guard.”

The scenes back in Buenos Aires suggested fans would revel in the triumph as they filled the streets in celebration, while there were also joyous scenes back in Barcelona. 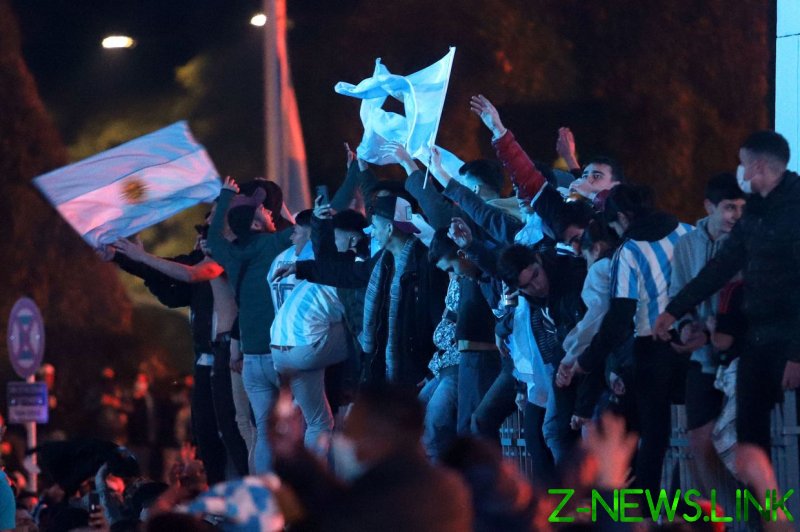 Messi meanwhile was seen sharing a videocall with his family on the Maracana pitch and was also pictured deep in conversation with former Barcelona teammate Neymar at the final whistle.

Attention will now to turn to Messi’s club future after he officially became a free agent when his contract with the Catalan club ended last month.

All the signs are that Messi, 34, will re-sign with the Catalans, although they will need to get their finances in order first.

Should he rejoin Barcelona as expected, Messi will finally do so as a Copa America champion.