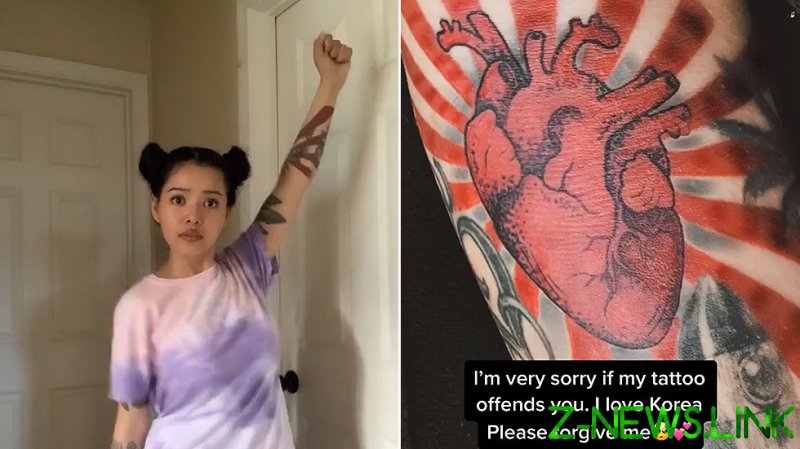 As Poarch was performing a dance number to her audience of millions, she briefly revealed her arm tattoo, which started the whole thing rolling.

The tattoo turned out to be the ‘Rising Sun’ Imperial Japanese flag. Apparently unbeknownst to the young internet sensation, the image of a red sunburst with sixteen rays has very negative connotations in eastern Asia. The flag was used by Japan while attempting to dominate the region, leading to the violent occupations of Korea and China during World War II.

The Korean online community took particular issue with Poarch, despite her apologizing and saying she will “have the tattoo removed or do [a] cover-up.”

The attacks did not stop coming, and many commenters went on to denigrate Poarch’s personality and even her nationality. Korean TikTok users posted thousands of comments calling Philippines people “stupid,”“short,” and “ugly” because of their darker skin.

But as Twitter and TikTok brigades went on their own offensive to defend Filipinos, they seem to have gone a step too far. What started next was a massive trend on both platforms with the hashtag #CancelKorea, seemingly implying that the majority of Koreans are racist. One common point of these counterattacks was that Korean women often use plastic surgery to look better, and thus are actually unattractive.

The apparent contradiction between trying to be anti-racist and branding a whole nation as xenophobic did not go unnoticed, with some commenters calling on people to maybe “cancel racism” instead of Korea.

The ‘Rising Sun’ flag has for many years been regarded as a hate symbol in South Korea, with politicians comparing it to the Nazi swastika. In 2019, the government even led an unsuccessful effort to ban the symbol at the now postponed 2020 Tokyo Olympics.