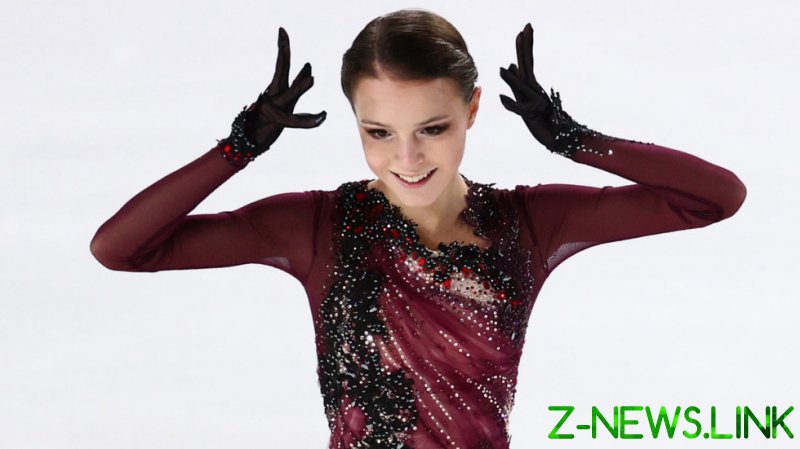 Despite suffering a slip on the take-off for her quad Lutz, the world champion hit back to record a a quad flip and seven triple jumps including triple-triple combinations.

The 17-year-old admitted the incident had unsettled her before she eventually saw off compatriot Alena Kostornaia, scoring a total of 229.69 points to win by a margin of 7.84 points.

That means Shcherbakova will advance to the final in Osaka which begins on December 9.

“The jumps went well in the warm-up and I was very confident. The mistake threw me off and I was very upset, but I did all my elements afterwards, which was very important.”

Shcherbakova insisted she did not agree with critics who said she look tired during parts of her performance.

“I came here motivated,” she said. “I was focused, maybe that’s why it seemed [that way].

“During the six-minute warm-up, I jumped well. After a mistake, I [suffered], but it is important for me that I got myself together and completed the rest of the elements to the end.”

Kostornaia, 18, missed her triple Axel but secured silver courtesy of seven triple jumps and level-four spins for a season’s best of 145.41 points.

“I made a mistake on my triple Axel, a big mistake,” she said, adding another medal to the bronze she won at Skate Canada.

“I was shocked because I did it in the practices in Moscow and we hoped I’d do two triple Axels, but I couldn’t and it was sad. But I did the other jumps and I’m happy about it.”