Home / business / Figure of the day: on the development of domestic tourism tour operators have received zero rubles

Figure of the day: on the development of domestic tourism tour operators have received zero rubles 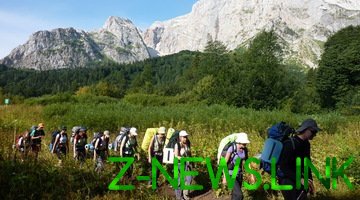 Since last year, the tour operators can claim reimbursement for the organization of tours in Russia. But this year was not concluded any agreement with travel agencies for the payment of subsidies.

Naturally, not all consecutive tours in Russia are the basis for subsidies. The tour operator should otpravitelya in one of the eleven pilot regions (Krasnodar Krai, excluding the city of Sochi, Karelia, Primorye, Altai Republic and Altai Krai, Buryatia, Kamchatka, Irkutsk oblast, Sakhalin, Arkhangelsk and Vologda region on the route of the “Silver necklace”), tourist and recreational routes should be no shorter than five days, and cultural-cognitive – that is at least three days with a condition of attending at least two subjects of the Federation. In General, all are aimed to develop tourism in the most popular areas of the country.

Last year this scheme, which was launched August 8, worked: 27 tour operators in the framework of the 43 agreements received 60 million rubles. Good support for the domestic tourism. 2019 may form the impression that now everything is fine and without these measures: the Crimea, to which everyone pays attention, demonstrates another record: the attendance of the Peninsula, as at July 2019 rose 11% compared to the same period last year. This year there are more Charter flights to Crimea, which has knocked prices for flights, and tours in General.

But the success of the Crimea is not Russia’s success. Services tour show that the share of Crimea in all sales of tours in Russia is growing: Travelata.ru indicates achieving 45% against 39% last year, and Level.Travel – the increase, from 37% to 42%. But, unfortunately, it happens due to the symmetrical fall of the share of the Krasnodar territory. Together these two regions account for about 99% of the bookings.

Of course, people can go anywhere without any tours, but a wild development of tourism takes much more time. For example, the “tourism revolution” in the Kola Peninsula village of Teriberka was not in itself, but with the release of the film “Leviathan”. People are now going back, but in order to place became popular, it took five years. Today our economy that amount of time was a luxury: people want to relax inexpensive here and now, and not wait for something unknown five years. But on overseas trips, the majority of Russians is simply no money.

Maybe the state has no funds to support tourism? In the Federal budget for subsidies to domestic tour operators pledged subsidies to 320 billion rubles. The money is there. Just the government has not even conducted a selection of applications from tour operators. Meanwhile, the tourist season is coming to an end… tour Operators have been burned in Georgia: airline promised to compensate for losses, but about the tour operators and no one remembered. Now many of them are wary to subsidized areas.