Home / economy / Figure of the day: 56% of small and medium business in Russia do not work

Figure of the day: 56% of small and medium business in Russia do not work 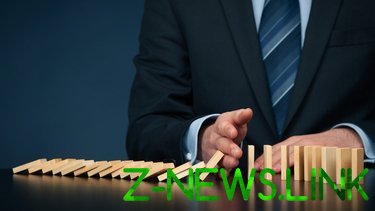 Meanwhile, the state still has no entrepreneurs no significant assistance

Depressing figures cited in his blog, economist Yakov Mirkin. At the end of April were summed up the results of the monitoring “the Opinion of small and medium businesses about government support measures during the outbreak of coronavirus,” conducted in late April by the commissioners for entrepreneurs ‘ rights protection. Within its framework were interviewed 2350 medium and small companies from 85 regions of Russia in all branches. The result:

Temporarily suspended its activities – 56% of companies

– No possibility to pay salaries to employees – 56%.

Commenting on these figures Mirkin writes:

“The Russian government now looks at his master, who for years wore their peasants, emotical and capitanich, saying: “Well, wait, brothers! You see I have some stocks! But the cholera will come, sit in quarantine – I you all and give away!”. But here comes the cholera, and quarantine, and houses sprung a leak, and the master all sighs and says: “Well, isn’t the case! Yes, and not a crisis it does. Keep still, penny will be distributed, but the dime lot. Yes, you still prove that at death,” We depend on the state, we are in a perpetual bargaining with him. Who friend, who enemy who is no one. We have to build a relationship with him. Our life depends on it.

Our money a lot. The national welfare Fund at the beginning of March was 8250 billion. It is about 56 thousand rubles per capita in Russia. They from exports of oil and gas resource owned by all the people. Hoarding them for a rainy day, not spending on investments. So, maybe they just give out? Tough for all of us, we watch with horror as our savings melt away if they are! Yes, you need to give, but to whom? The money – not rubber, and there is still a lot of risks. We just enter into global crisis

The answer is to help, primarily those over 70 years. Especially in regions where family poorer. They are in major risk of a pandemic. It is to them the most important thing is not to rush out of the house to have a supply of food and medicines, not cursing.

In Russia, home to 13.8 million people over the age of 70 years. 15 thousand roubles – cost of the supply of food, at least for a month. Is the average pension in Russia in 2020. How much we spend on this, age, one-time assistance? How much, if you ask those who don’t need it, just not to take the money back to them? Do not understand the income not requiring humiliating evidence that you pull barely?

Evaluation – no more than 150 billion rubles. This is 1.8% of the national welfare Fund. But what are the right money, and what the address. How does it change our perception of what is happening – instead of “helicopter money,” a massive, rapid, targeted assistance, with minimal costs! It to those who need it most. State aid on behalf of all of us, of our common “mutual Fund” Fund of national welfare. And those who are over 70, their pension account do not need to look. It’s all there.

And who else needs urgent, without looking back help? Families with children under 8 – 9 years. Such children in Russia -19 million. And again we ask those who have no need of the money, to refuse payment. For honor, for dignity, we are strong, we don’t need, give it to the weakest. One-off is 15 thousand rubles? Just the fact that the family has one child for each child? How many it is necessary money, knowing that someone will deny that we have a lot of strong earn?

The answer is about 300 billion roubles? A lot? Of course not, we can afford to let! This is 3.6% of the national welfare Fund.

Is there still someone need urgent help? Yes, people with disabilities first group and disabled children (this is a separate group). Them – about 2 million people. How much they need the money? 30 billion rubles or 0.4% of the national welfare Fund.

All together –about 6% of the NWF. Let’s do this quickly and rigorously, realizing that monetary aid from the society, the States all do not need! Not necessary, first of all, the most powerful, wealthy. Not less than 10 – 15% of Russia’s population (15 – 20 million people) don’t even think that they are someone that something has to give. They have the family income more than 60 thousand rubles “for the soul”. Plus 9 – 10% of the population (15 million people) with income from 45 to 60 thousand rubles for each (Rosstat). Here the situation is worse, but the cash cushion more or less is, even if there was a break for 1 – 3 months.

Many of us work for the government – the state apparatus, the army, security, public sector. Their salaries are guaranteed. In the government employs 2.1 million people, in the budgetary institutions is 13.7 million (2018). Their income is a part of a financial cushion for their families.

But how many of us – in the largest business, too big to be closed, often with the participation of the state? The number of employed in large enterprises – at least 50 million people. Only in the top 5 largest companies under the control of the state, runs at least 2 million people. In the top 100 private companies of Russia (according to Forbes-2019) – more than 3 million employees. And members of their families? With all the double counting, the reductions, part-time work experience of past crises convinces us that the majority of those employed in the public sector and the largest companies – will last, especially if the pandemic, “quarantines” will continue until 3 to 4 months.

And who is left? Medium and small businesses and all those who associated with him his destiny. 22-23% of Russia’s GDP, 6 million micro, small and medium enterprises (staff – more than 12 million people), including 3.4 million individual entrepreneurs, more than 3 million self-employed. Worst of all have those who are working “on wheels” and at the expense of loans. Small business, if reduced customers, delivery, sales revenue, can sustain 1-3 months. Then he usually catches, or shrinks, or goes into shadow. And yet – 14 – 15 million people are in the area of informal employment, working without a contract. The highest risks in the regions, particularly those where a large proportion of the population engaged in seasonal work, works in major cities. She suddenly became motionless.

They do not need to give money. It is all healthy people who are willing and able to work. Want to have savings, to increase the assets of families. They need to help keep the business and jobs. But how? Loans under low, down to zero percent, only then gave. Through whom? Not only through the largest banks that are slow, but also across a network of 400 banks operating in Russia. Where? First of all, to the regions. Moscow is full of better money and survive. For each credit institution to the Bank of Russia is well known for the portfolio of loans to small and medium businesses, individual entrepreneurs, households. To open the limits of refinancing of Bank of Russia for this purpose, on preferential terms – no technical problems.

And what loans? Not only on salaries in working capital for that business was, life went on. Remember – we are talking about 22 – 23% of Russia’s GDP. But by what means? At least 15% of the national welfare Fund! This is 1.2 trillion roubles. Only a quarter of loans already, “small and medium”. But how would that help in difficult times!

Only 20 – 21% of the NWF in the sore points of society and the economy. Not the printing press, the money – our accrued income for a rainy day. They have already passed once through the budget. We must not forget that at least one-third of them will return to the state in taxes and social security payments. When we buy bread, its price already includes all taxes. This money is for two-thirds of the credit needs to be repaid. They will return to the national welfare Fund. They will pay off handsomely.

It would be one of the most profitable investment for us in the future. We still can not leave from the main task – the quality of life, property, families, growth, modernization, innovations. This can only be done with small and medium-sized businesses, reaching 40 – 50% of GDP.

Finally, Mirkin makes an attempt to forecast what will happen with the socio-economic sphere in Russia in 2020:

– Oil – 35 – 45 (recovery of global demand, although it can be anything – the price of the financial markets);

Model of society, economy – further movement to administrative (well, if not mobilization), the growth of nationalization, prohibition. Tin, which is bubbling;