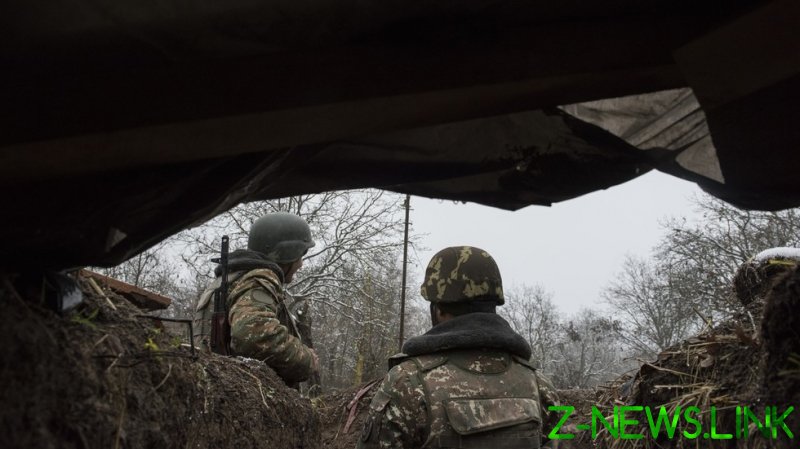 According to the Azerbaijani side, some Armenian troops refused to cooperate with the terms of the armistice, and had stayed put in forests near the village of Hadrut. In response, Baku says that they were forced to take retaliatory measures.

“After the signing of the November 10 joint statement on a ceasefire, Armenian armed units remained in the forests to the northwest of the Hadrut village,” a statement from the Defense Ministry said. “The Armenian side requested the assistance of the command of Russia’s peacekeeping contingent in order to withdraw these units.”

Baku claims it “created all conditions for withdrawing Armenian units,” allowing the Russians to escort the remaining Armenian troops out of the region. However, they refused to leave, and a small shootout started between the two armies. A firefight began, leaving four Azeri soldiers dead.

In response, the Armenian Defense Ministry accused Azerbaijan of violating the ceasefire. Yerevan reported that six of its servicemen were wounded in the firefight. The Defense Ministry of the unrecognized Nagorno-Karabakh Republic also blamed the Azeris, announcing that “the enemy attempted to attack the combat positions.”

Since the armistice that was agreed on in November, Russian peacekeepers have been deployed to the area to stop any further escalation between the two parties. On Saturday, Moscow confirmed the ceasefire had been violated.

On November 9, the leaders of Russia, Armenia, and Azerbaijan adopted a trilateral agreement on the cessation of fighting in Nagorno-Karabakh. At the time the truce was signed, Azerbaijan was at a clear advantage. In Russian President Vladimir Putin’s opinion, Yerevan’s refusal to agree to stop the hostilities would have been “suicide.” According to Nikol Pashinyan, Armenia’s prime minister, Yerevan had no choice but to sign the document, as the country’s resources were quickly becoming depleted.