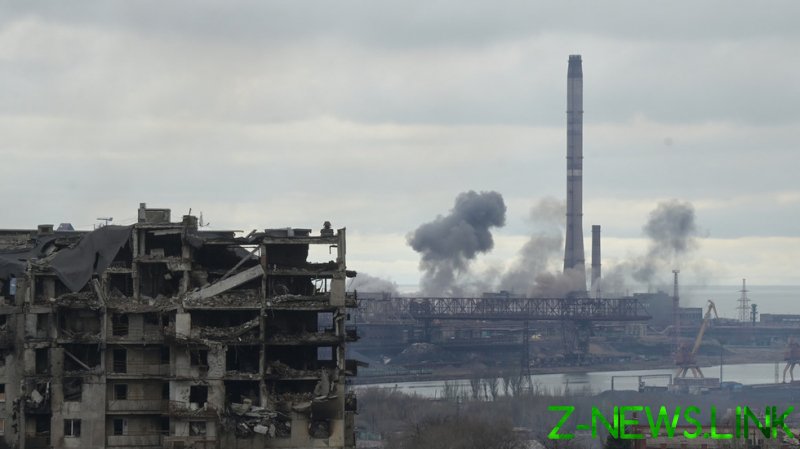 Fighting has resumed at the Azovstal plant in the Ukrainian city of Mariupol, several media outlets reported on Tuesday, with footage circulating on social media featuring plumes of smoke billowing from the steelworks. The escalation appears to put an end to the evacuation ceasefire declared earlier by Russian forces.

The Donetsk People’s Republic accused the Ukrainian military and members of the neo-Nazi Azov regiment holed up at the industrial facility of taking advantage of the evacuation ceasefire and using the lull in the fighting to take up positions. The pro-Kiev media, meanwhile, dismissed the accusations as false, claiming the grounds had been pounded by heavy artillery and bombs overnight, with Russian troops trying to force their way into the facility.

A correspondent for the Sputnik news agency reported the sound of artillery shelling and plumes of smoke billowing from the plant on Tuesday. Video captured by RT crew on the ground corroborates these reports.

On Sunday, several hundred civilians were evacuated from bunkers in Azovstal in a humanitarian effort facilitated by the United Nations and the International Red Cross. It came after Moscow’s agreement to a ceasefire. 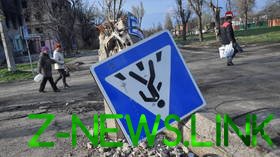 Russian forces say they have the entire port city of Mariupol under their control except for the Azovstal plant, where Ukrainian troops have been besieged for over a month.

The Soviet-era plant has an extensive network of fortified bunkers and tunnels which were designed to withstand potential Western strikes during the Cold War.

On April 21, Russian President Vladimir Putin called off an operation to storm the steelworks fearing heavy casualties among Russian troops, ordering instead to impose a complete blockade of the Ukrainian forces holed up there.