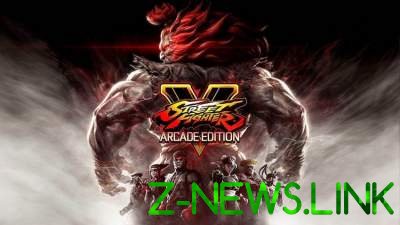 Street Fighter V was released on 16 February 2016 on PC and PlayStation 4.

The company Capcom announced that over the next two weeks everyone will be able to see the fighting game Street Fighter V for free.

From April 23 to may 5 all PC users and PS4 will be able to download a free version of the game. Classic characters such as Ryu, Ken, Chun Li and M. Bison constitute the main list of 16 characters. In addition, players will give battle and fighters of DLC, such as Akuma, Blanca, Yuri and Menat. However, the last four will only be available in certain game modes: Ranked, Casual, and Training.

The free period will also give you access to the arcade mode, which debuted in a huge plot update Street Fighter V: Arcade Edition. In this single player mode you will take the fighter through a series of fights to the end to know the plot outcome. Only you can unlock over 200 unique endings, each of which is represented by their picture (they will all be saved in the gallery).

Street Fighter V was released on 16 February 2016 on PC and PlayStation 4. 16 January 2018, it has been updated to version Street Fighter V: Arcade Edition, which includes not only the materials of the basic project, but all the fighters from the first two seasons of extras.