Home / WORLD / Fighting for our lives: Humanity’s weapons against Covid-19

Fighting for our lives: Humanity’s weapons against Covid-19 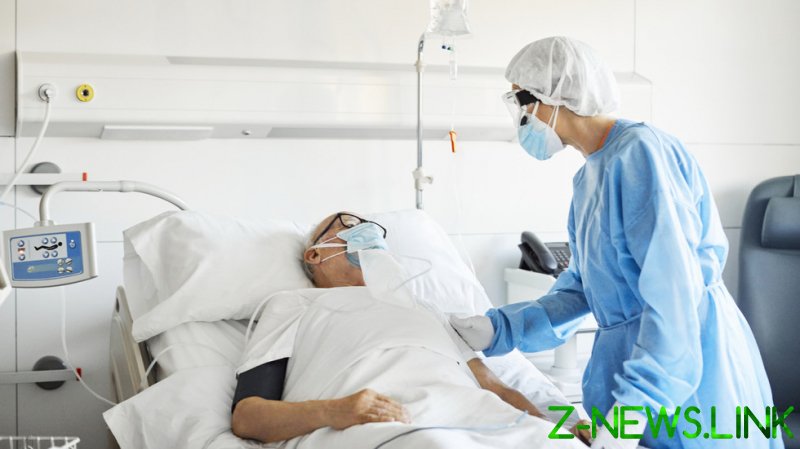 Levels of contagion are setting new records, hospitals are overwhelmed, governments are starting to introduce lockdowns, and not only for unvaccinated people ​​– the picture of the fight against Covid-19 looks quite disappointing. However, there’s still a place for good news: Research teams report positive results while trialling new medicines and vaccine types.

Vaccination will remain one of the most effective tools against Covid-19. As Professor David Dockrell, from the Center for Inflammation Research of the University of Edinburgh, told RT, “vaccines will continue to be a central part of how we control the virus.”

So I think the vaccines still will be a very important part of the preventive strategy. It’s vital that they are available to all the world’s population, irrespective of where people live, and the wealth of the country in which they live.

However, vaccination doesn’t always mean you have to get an injection. For instance, several intranasal Covid-19 vaccines are currently being developed. As the virus gets into the body through the nose, a nasal spray or drops are aimed to produce mucosal immune response and prevent it from getting into the lungs.

In India, a vaccine of this type is already completing Phase 2 of clinical trials. In Russia, a nasal vaccine is undergoing a clinical trial on volunteers. In Thailand, a home-developed product is expected to be trialed on humans next spring. In the US, Universities of Houston and Stanford recently reported good results of their experiments carried out on mice.

Intranasal vaccines can have several potential benefits compared to inoculation.

“They would be easier to use, because they can be self-administered. They wouldn’t need a nurse or clinical settings,” Swedish professor emeritus of epidemiology Marcello Ferrada de Noli explained to RT. As a result, he says, there’s hope that fewer people will be reluctant to be immunized. Not so many of us find it pleasant to get a jab ​​– and after all, there are those who are just afraid of needles. Also, it would be much easier to vaccinate children with nasal substances.

However, what concerns Prof. de Noli the most is the duration of the effect of a vaccine of this type. Still, scientists can’t say for sure whether a nasal substance may completely replace a shot. According to Alexander Gintsburg, the head of Moscow’s Gamaleya Center biomedical research institute, which created the Sputnik V vaccine, the nasal version they are working on would serve for an additional protection against the virus, but would not replace the injections.

Chew the virus away?

A nasal vaccine is not the only one being developed. In summer, it was revealed that Russian Defense Ministry scientists were creating a ‘chewing gum’ vaccine, also targeting the mucosal immune response. Meanwhile, a UK firm announced this month that it would conduct a human trial of a skin patch that uses T-cells to confront the virus. Developers hope it would offer longer-lasting immunity than the existing vaccines. Work on a similar project is being done in the University of Queensland, Australia.

While it all looks so promising, Prof. de Noli warns that it would still take a lot of time until these products become available to the public. “I think that discoveries in this field are a very good thing. But if we say ‘We discovered a new type of vaccine’, people will say ‘Aha, so I’m going to wait’. But we need to vaccinate people now,” he points out.

Vaccines are not a silver bullet, unfortunately, given the not-so-high level of global immunization and the constantly emerging new strains of the virus. “People might get infected despite having had a vaccine, but I still think the vaccine strategy is going to be central to how we manage this kind of virus going forward,” Prof. Dockrell says. “But we will have other strategies that will be very important. We will have other elements. When we put them all together, it gives us the best opportunity that people can live with coronaviruses, and hopefully, the mortality can be limited to much lower extense than what we’ve sadly seen in the last eighteen months.”

Monoclonal antibodies will be central to the ongoing vaccine strategy, Prof. Dockrell explains. These are the antibodies similar to those the body uses to fight the virus. They are produced in labs and given via infusion or injection to boost the patient’s response against certain diseases. Monoclonal antibody treatment is used for people under a high risk of developing severe infection (including older patients 65+ years old or those with chronic medical conditions). It’s already being used in the US, following last year’s FDA approval. Earlier in November, the European Medicines agency recommended authorizing two monoclonal antibody medicines.

In October, UK’s AstraZeneca reported positive results of a Phase 3 study of its antibody combination, which, according to developers, is highly effective in both prevention and treatment of coronavirus.

Researchers are also working on a possibility to save Covid-infected patients from the so-called ‘cytokine storm’ – a situation when the immune system reacts so intensely that kills not only the virus, but the whole organism itself. A drug to ‘calm the storm’ was registered in Russia this year, and it’s already being used on patients.

Another way to fight Covid-19 is to use antiviral drugs. When the pandemic started, medics had to use something already existing (like anti-influenza Favipiravir) or something being authorized for emergency use (like remdesivir). Now, more than a year on, the work to create a special drug to specifically cure Covid-19 is giving its results. This month, Russia registered its first injectable anti-Covid medicine. A bit earlier, the UK became the first country to approve an antiviral pill produced by the US-based companies Merck and Ridgeback Biotherapeutics. Another American firm, Pfizer, got positive results from trials of its drug of the same kind. Both firms hope that with a drug in the form of a pill it would be easier to treat people at home.

Appreciating all the efforts on the field of developing anti-Covid treatment, Prof. de Noli points out that still, the key issue now is to reduce the spreading of the virus. “The new medicines are developed for people who already got the disease,” he says.

The same idea is echoed by scientists all over the world quoted in plenty of articles dedicated to the medical gains: it’s great to have the treatment, but none of the drugs may substitute vaccination, as first and foremost, humanity has to adopt preventive measures and stop the pandemic.