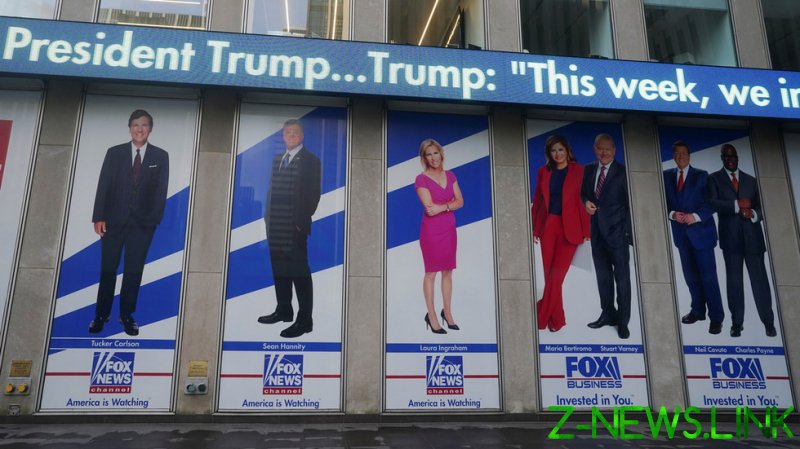 “Are you planning to continue carrying Fox News, OANN, and Newsmax on your platform both now and beyond the renewal date?” a letter sent Monday by California Democrats Anna Eshoo and Jerry McNerney asked major cable and digital TV providers in the US.

Eshoo and McNerney also asked what steps the providers took prior to and after the November 3, 2020 election and the January 6 Capitol riot “to monitor, respond to, and reduce the spread of disinformation, including encouragement or incitement of violence by channels your company disseminates to millions of Americans?”

This was a reference to the three networks giving space to President Donald Trump and his supporters to make accusations of irregularities in the 2020 election, which the Democrats have blamed for what they claim was an “insurrection” at the Capitol.

McNerney and Eshoo sit on the House Energy and Commerce Committee, whose subcommittee on Communications and Technology is scheduled to hold a hearing on “traditional media’s role in promoting disinformation and extremism” on Wednesday. While the subcommittee did not name any names, they said the “increasing reliance on conspiracy theories and misleading or patently false information” at some networks “raises questions about their devotion to journalistic integrity.”

The letter attracted the attention of Brendan Carr, the lone Republican on the Federal Communications Commission (FCC), who condemned it as “a chilling transgression” of free speech rights in the US.

Democrats are “sending a message that is as clear as it is troubling—these regulated entities will pay a price if the targeted newsrooms do not conform to Democrats’ preferred political narratives,” Carr added.

A newsroom’s decision about which stories to cover and how “should be beyond the reach of any government official, not targeted by them,” Carr argued, asking his FCC colleagues to “join me in publicly denouncing this attempt to stifle political speech and independent news judgment.” As of Monday afternoon, they have not done so.

Democrats are “saying it explicitly” that they want to “police and censor both social media and cable news,” journalist Glenn Greenwald tweeted on Monday, as the issue came up during the Senate confirmation hearings of Merrick Garland, nominated to serve as attorney general in the Biden administration.

While the menacing letter to cable operators may not have said so explicitly, the lawmakers appeared to be contrasting their supposed inaction with the sweeping restrictions social media companies such as Twitter, Facebook and YouTube imposed on their users prior and following the election, including the ban on President Trump and pre-labeling any claims about election results or integrity as false.

Reporting on the Eshoo-McNerney letter, the New York Times approvingly noted that while “defamation lawsuits filed by private companies have taken the lead in the fight against disinformation promoted on some cable channels,” pointing to Dominion Voting Systems suing Trump lawyers who appeared on the three networks, as well as pillow manufacturer Mike Lindell.

The First Amendment of the US Constitution explicitly prohibits Congress from restricting freedom of religion, speech, and press. Though this is presumably a fundamental American value, of the kind President Joe Biden said would guide his policies, the US embassy in Ukraine cheered earlier this month when the government in Kiev banned several local TV networks, saying it was a proper move to “counter Russia’s malign influence.”