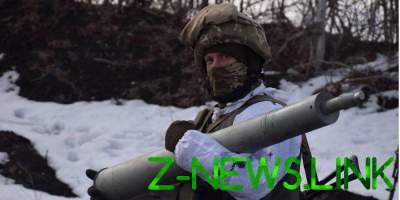 The separatists in the Donbas four times applied the Minsk agreements prohibited the mortars of calibers of 120 and 82 mm.

For the past day, March 28, the separatists seven times fired at positions of the operation units of the United forces in the Donbass, the four times applied the Minsk agreements prohibited the mortars of calibers of 120 mm. and 82 On Friday, March 29, the press center of OOS in Facebook.

See also:  Near the residence of the trump, the alarm raised in the air fighters

“Losses among the Ukrainian defenders of the no”, – stated in the message.

In the headquarters assured that “none of the fire of the enemy did not remain without adequate response of the United forces.”

We will remind, on March 27, the separatists 13 times violated the ceasefire in the area of operations of the combined forces in the Donbas.

See also:  In mass media appeared information about the hospitalization of Holodnitsky