Fight the bouncers with tourists in Mallorca. Video 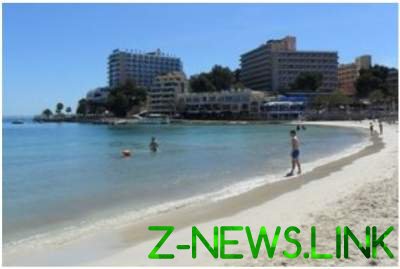 It all started with the fact that a security guard punched one of the campers.

A group of tourists got in a fight with the guards club in the Spanish resort of Magaluf (Majorca island).

When it was a brawl, is unknown. Filmed on the beach video you can see how the guard keeps on the ground a man dressed in some shorts. According to newspaper the Sun, before that a bouncer was beaten vacationer, applying the techniques of martial arts, and then began to choke.

According to the staff, then to the clashes come colleagues of the security guard and friends of the victim who are trying to speak for him. Between two groups of men, a fight breaks out.

In the end, bouncers and their opponents diverge, writes The Sun, adding that the beaten tourist comes and leaves the scene of the conflict, along with his friends.

The police in connection with the incident yet nobody spoke.