Home / WORLD / Fight or flight: Conor McGregor stands on the verge of MMA obscurity ahead of pivotal bout with Dustin Poirier at UFC 264

Fight or flight: Conor McGregor stands on the verge of MMA obscurity ahead of pivotal bout with Dustin Poirier at UFC 264 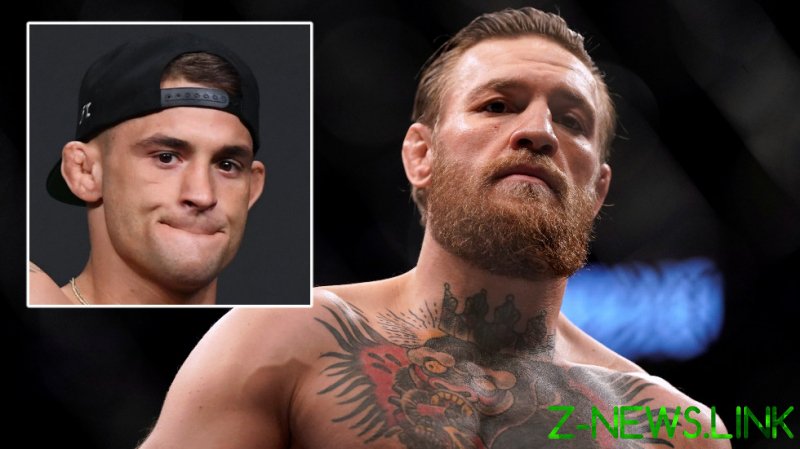 There was something different about Conor McGregor the last time we saw him in the cage. Gone were the pre-fight insults and histrionics in the build-up to his rematch with Dustin Poirier, replaced instead with a more PG version of the sport’s most notorious figure.

In 2014, ahead of their first fight, McGregor promised to ‘bounce’ Poirier’s head off the canvas inside the Octagon in Las Vegas – a threat he made good little more than 100 seconds into the fight. In January, that was replaced by promises of charity donations and praise for Poirier’s attempts to diversify himself outside of the cage.

In the pre-fight press conference, which had previously been a platform for McGregor to show off his silver-tongued promotional nous, he was referred to by Michael Chandler as the “daddest man on the planet“.

This is a term to which a previous iteration of McGregor would have distanced himself from. In January, he simply smiled.

The juxtaposition between 2021 Conor McGregor and the man who called the shots on the way to winning world titles in two weight categories was also evident in the cage. The fleet of foot he used to flummox Eddie Alvarez to win the lightweight title in 2016 was replaced by a more plodding, walk forward version of McGregor – and that was the only invitation needed by Poirier to launch a torrent of calf kicks which ultimately led to the fight’s conclusion in the second round.

Also absent was the one-shot power with which he made his name when he starched Jose Aldo a year before that to end the Brazilian’s decade-long unbeaten streak, seizing his 145lbs title in the process.

Which leaves the question: without his crazed antics, unique movement and concussive KO power, what exactly is Conor McGregor?

A second defeat on the spin to Poirier would leave his lightweight record at an unimpressive 1-3 in his last four fights in the division, something which seemed a million miles away for the man who seemed to have the Midas touch very shortly before.

Not even Mystic Mac could have seen this coming.

Signs, though, suggest that McGregor is aware of these shortcomings. Thursday evening’s press conference will tell us more but it seems as though McGregor has ditched the nice guy facade, and even ditched the boxing stance, ahead of the third fight with Poirier. And it’s back to his greatest hits.

Defeat would be unthinkable for his brand. The first loss to Poirier already was. Sure, Floyd Mayweather defeated him by TKO in their boxing match some years back – but that was Floyd Mayweather, and McGregor took him to the 10th round. And even in defeat, McGregor was never sat down by the greatest boxer of his generation.

The payday he received for it too could easily make it possible to frame that fight as maybe not a win, but certainly not a traditional loss. Respect was earned.

But then came Poirier. The Louisiana man succeeded where no man has before: he put McGregor out with strikes. There was the man famed as the UFC’s best striker, dazed and on his back wondering what had happened as Poirier walked away, McGregor’s sweat still on his gloves. Job done.

The winner of this fight will likely be drafted in to face Charles Oliveira later this year and one suspects that McGregor would like little more than to once again hold the UFC’s 155lbs title previously lorded over by Khabib Nurmagomedov.

To get there, though, McGregor must overcome an obstacle that was largely his own creation: his own folly. Poirier was, last January at least, little more than an appetizer ahead of a proposed boxing match with Manny Pacquiao. This time around he is the main course.

And if McGregor doesn’t feast this weekend, one suspects that his time as the sport’s most feared star has come and gone.