Fifteen years on, Al Gore’s ‘An Inconvenient Truth’, the former VP’s Oscar-winning film, has proved to be largely inaccurate tripe 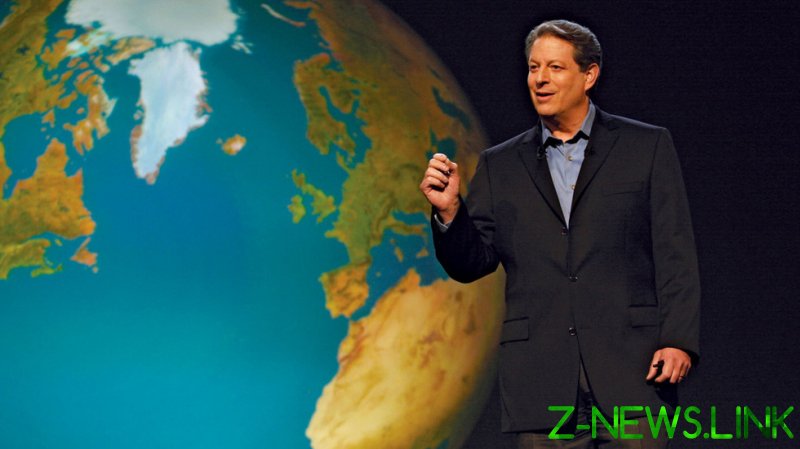 Fifteen years ago today, failed US presidential candidate, Al Gore, released what can be best described as a scare movie called ‘An Inconvenient Truth: The Planetary Emergency of Global Warming And What We Can Do About It’. The movie was a global hit and Gore won an Oscar; he also received the Nobel Peace Prize.

Gore had succeeded in making global warming sexy. Everyone wanted to get in on the act to show how eco-friendly they were, particularly celebrities. And everyone else had to sign up to the agenda because, as we still hear so often today, “the science is settled.”

I remember that when I became a member of the European Parliament’s Environment Committee, over a decade ago now, I was sent a copy of both the DVD and the book. I think it was designed to be our Bible, especially when fear-mongering about global warming…which the committee did over and over again. I then stopped going.

But the movie wasn’t just aimed at adults, or gullible MEPs, it was designed to scare our children. Schools around the world showed the movie and the complimentary book appeared in their libraries. As a result, children became terrified of the impending climate doom, which led to ‘climate anxiety’ and even now is giving our little ones sleepless nights.

However, the wheels quickly started to come off ‘An Inconvenient Truth’. In 2007, the High Court of England and Wales ruled that the film contained nine scientific inaccuracies relating to “the context of alarmism and exaggeration.” From that point onwards, schools had to provide a counterbalance to the ‘one sided’ arguments contained in the film.

Anyway, I digress. I wanted to write this piece to mark the fifteenth anniversary of An Inconvenient Truth’s release and see how some of Gore’s apocalyptic predictions stand up today. I have chosen three – but could have covered many, many more.

The first is that the sea levels could rise by 20 feet in “the near future,” leading to cities across the globe being submerged and millions of people left homeless. Now this might seem like a scene from the 2004 disaster movie ‘The Day After Tomorrow’, but don’t worry, it is just as unrealistic.

Cities have not become submerged and the last time I visited the Netherlands a few years back, I didn’t have to wear a snorkel. I mean, come on, even the IPCC, which itself is not averse to using scare tactics, predicted in 2007 that sea levels only would rise between 0.59cm to two feet in this century.

Gore himself was so concerned about rising sea levels that he bought an $8 million beachfront property in Los Angeles a few years later. Indeed, those pesky Democrats love to tell people how to live, but rarely practice what they preach…Barack Obama’s recent maskless birthday bash is a case in point.

Anyway, the second faulty prediction Gore made is that the polar ice caps in the North Pole would have melted by the middle of the last decade. He made this claim in 2008 during an interview in Germany at the COP15 Climate Conference.

Technically he did not invent this hyperbolic claim himself, he just plucked it from a climate alarmist study. But as Gore put it out there to the wider world, he owns it. And just a cursory look at a map, or indeed recent photographs from space, reveal that, yes, those polar ice caps are still there.

Finally, and I think this is the best, Gore claimed that “global warming, along with the cutting and burning of forests and other critical habitats, is causing the loss of living species at a level comparable to the extinction event that wiped out the dinosaurs 65 million years ago.” Now it doesn’t take a genius to see that this is simply not true.

Scientists believe that dinosaurs – and 70% of animals and plants on Earth – were wiped out when a 10-kilometre-wide asteroid crashed into the Yucatan Peninsula. And thank God it did happen, because chances are, we wouldn’t be here today if it hadn’t. Anyhow, Gore’s claim that the mild warming we are witnessing today could have the same effect as the asteroid is so ridiculous that I’m not even sure it warrants a rebuttal.

What I will say is, scientists estimate that there are anything between 8.7 million and 10 million different species on Earth. Previous to this recent study, they estimated that it could be between three million and 100 million. So, I ask, how could they possibly know if the number of species is growing or falling when they can’t even fathom how many species there actually are?

Anyhow, I think we can all agree that Gore’s claims are more outlandish than an Extinction Rebellion protest. But the climate alarmists are not stupid, and they have learnt from their mistakes. Although they have not toned down their hyperbole, they realised they needed a more convenient person to make these outlandish claims.

You see, Gore was the Greta of his day. The difference, however, was that Gore, as a former politician, was not impervious to criticism. The climate alarmists learnt that it is better to have a teenage schoolgirl, who is beyond reproach, as your mouthpiece rather than a crusty former politician. It’s all very sinister when you think about it.

Nevertheless, it may be fifteen years on and many of Gore’s claims have turned out to be hyperbolic hogwash, but that hasn’t stopped the climate alarmists from making similar claims. And I really do hope I am around in fifteen years to write another piece about how the scare stories that emanate from Greta also amount to nothing. That is if I am not burnt to a crisp or under water by then, which, somehow, I very much doubt will be the case.