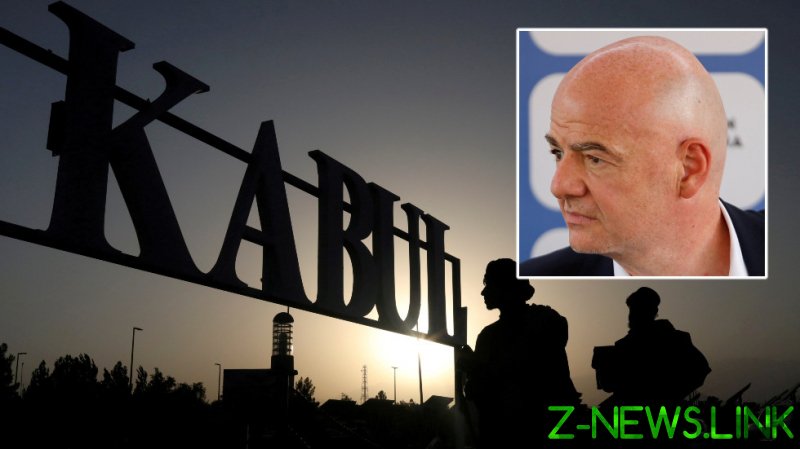 A chartered flight co-ordinated by football’s governing body has transported a group, include female footballers and basketball players, to Doha.

A total of 57 people with links to sport, such as referees and coaches, fled their country, which came under Taliban control following the withdrawal of allied forces including the US in late August.

While there, the evacuees will stay in accommodation that has been set aside for next year’s football World Cup until they have refugee status in other countries.

The second flight was made after female footballers were among 100 refugees evacuated by FIFA from Afghanistan less than a week ago.

The plight of female sports stars has come into focus since the Taliban retook power following a near two-decade absence from power in the country.

In mid-September, the group announced that women’s sports will no longer exist on their watch, with spokesperson Ahmadullah Wasiq telling an Australian reporter it was “not necessary” for women to play cricket and other sports.

“In cricket, they might face a situation where their face and body will not be covered. Islam does not allow women to be seen like this,” Wasiq said.

Female sporting pioneers in Afghanistan, including figures who helped establish the now-disbanded women’s national football team, have been imperilled, and there have been other evacuation operations to neighboring countries such as Pakistan.

FIFA confirmed its own involvement in evacuation operations and called on governments to help the refugees “start a new life” in new host countries.

“We would like to express our sincere thanks to both the Amir of Qatar, His Highness Sheikh Tamim bin Hamad Al Thani, and the Prime Minister of Albania, Edi Rama, for helping us with this humanitarian mission and for all their assistance in safely relocating these members of the football community in such challenging circumstances,” said FIFA president Infantino.

“I am also calling on all of our friends in governments and in the football community across the world to help us in obtaining residence permits and visas for the evacuees so that they can start a new life in safe and secure circumstances.”

Infantino also vowed to “continue to work resolutely on the safe evacuation of further members of the sporting family”.