Home / WORLD / Fewer than 400 healthy people under 60 have died of Covid in England, so it’s not wrong to question our response to the pandemic

Fewer than 400 healthy people under 60 have died of Covid in England, so it’s not wrong to question our response to the pandemic 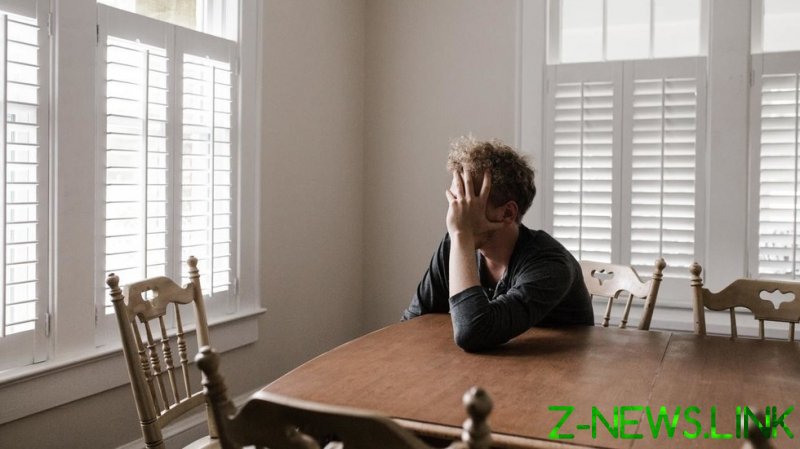 Post-Christmas Covid-19 cabin fever has gripped Britain and, sick of arguing with their families, our rarely-sought, often-found self-appointed ‘experts’ are asking why, in a world that revolves pretty-much around themselves, they must stick by the current tier system restrictions.

Everyone loves a good barney, particularly over the festive season, and when the teams are split into ‘Keep ’em in’ and ‘Let us out,’ everyone has an opinion.

Stamping their feet and shouting like infants denied the last mince pie, sofa scientists insist they be released from their tier-4 prisons right this instant, so they can get on with their lives, whatever grim endeavour that might entail. Elsewhere, the paranoid germophobes shriek in horror at the very suggestion that a winter sniffle be ignored, in case it escalates into the killer virus.

As long as you are not stuck in a house with the nothing-better-to-do-narcissists on either side of this debate, it is fun to see them tear lumps out of each other during this season of goodwill to all. The problem is that nothing really comes of it.

So far the reality is that, across the whole of the UK, 70,752 deaths have been attributed to Covid-19. Be clear, this is too many. But now, with roughly 10 months’ experience of this virus from nearly 2.3 million cases and having failed miserably on track-and-trace, on protecting care homes and in communicating clear messages, our offline leaders should be applying a bit more creative thought as to how this situation might look come the new year.

Because things are grim and show few signs of improvement.

A friend of mine offered two Christmas meals to neighbours via a local area app, presuming some lonely old Doris or Derek would take up her offer, being that sort of neighbourhood.

She was shocked to be inundated with takers who were largely young men, living on their own. And that is sad. Because while we can all imagine a solitary pensioner sitting by the window in a comfy chair as Christmas passes by, we never think of independent, confident, gregarious 20-somethings slowly losing their marbles, having suddenly found themselves isolated in Boris Johnson’s last-minute lockdown.

It would make a terribly off-colour episode of Friends. The one where Rachel, Monica, Phoebe, Joey, Chandler and Ross all go mad and top themselves.

Does that mean we bump young folk up the priority list to receive the vaccine? That way, they could be out socialising, shopping, eating and drinking with their friends, keeping the economy afloat, while medicine catches up with the other vulnerable and high-risk groups. Be careful… these suggestions are not exactly welcome.

There’s been some fuss about the number of previously healthy people in England aged under 60 who died from Covid-19 between April 2 and December 23. That total was 388 deaths.

It’s a lot when you think it would be the entire student body of my daughter’s school. Too many. But in terms of the overall number of Covid-19 deaths in England during that period, there were 45,770 with pre-existing health conditions and 1,979 without. And of that latter figure, 1,591 were aged over 60.

It’s dispassionately obvious that those in older age groups are far more susceptible to the fatal effects of Covid-19. You don’t have to be a SAGE scientist to see that.

So maybe, just maybe, the restrictions on younger people might be eased, because the figures would seem to suggest it could be a course worth pursuing for their own health and wellbeing and for the greater good of the community.

I’m not suggesting we simply flout the laws, like those sad-sack Brit ski holidaymakers who have fled Switzerland. But maybe we could use better targeting, clearer identification and more common sense in public health policy, so that moves aimed at reducing the negative impact of draconian lockdown restrictions and simultaneously combating the spread of coronavirus infection show some advanced consideration?

Much as I am shocked to even think about it, but maybe Tony Blair has a point. While acknowledging that everyone needs two doses of the virus, he has suggested vaccinating as many as possible with the first single doses as they become available, to give a wider spread of the community at least some protection, and then catching up everyone with the second doses as and when they arrive from Pfizer/BioNTech, AstraZeneca or whoever else.

It’s a simple idea and there must be others out there just like it (and not from Tony Blair). Although at the moment, even suggesting them risks censure from the fearful, the intellectually envious and those who make it their purpose in life to claim victimhood on behalf of others.

Let’s park all that and try a bit of genuine ‘world-beating’ thinking followed up with some ‘moonshot’ ideas. They might even work and even if that is just a possibility, it must be worth a crack.