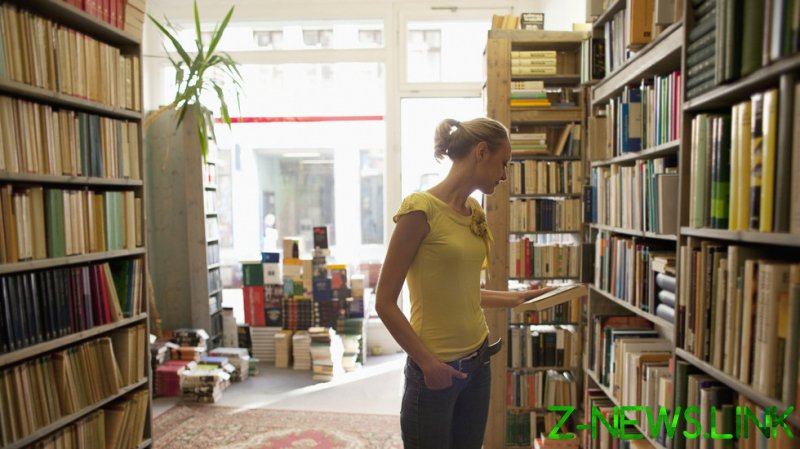 Over the weekend, the Madrid-based store, named Mujeres & Compania (Women & Company), had posted a TikTok showing the books being packed into a box to be returned to the publisher Penguin Random House. The video, which was widely shared on social media, has sparked furious debate.

It was prompted by the revelation on Friday that Mola, previously described by the publisher as a publicity-shy fortysomething university professor who wrote acclaimed crime thrillers in her spare time, was a front used for years by television script writers Agustin Martinez, Jorge Diaz, and Antonio Mercero.

The trio revealed their identity while accepting the 2021 Planeta Award and a cheque for €1 million ($1.16 million) at the 70th edition of the high-profile literary awards last week. During an interview with El Pais newspaper, Mercero said that they “didn’t hide behind a woman, we hid behind a name.”

However, the revelation rocked Spain’s literary world and drew anger from several influential personalities, including Beatriz Gimeno – former director of equality watchdog Women’s Institute – who branded the men as “scammers” who used the “false profile” to hoodwink “readers and journalists.”

Using the #CarmenMola hashtag, the bookstore posted the video as its “contribution” to the scandal on Saturday with an accompanying caption using a pun on the Spanish slang word ‘Mola’ (meaning cool) to say it was “more cool that men do not occupy it all”.

The store, which describes itself on Twitter as “feminist and non-sexist,” also mentioned in the video that, in 2018 – the year in which Mola’s bestselling book ‘La Novia Gitana’ (The Gypsy Bride) hit the shelves – “only 32% of the books published were written by women.”

However, the majority of Spanish social media users criticized the decision to remove Mola’s books as evidence of the store’s “sexism,” since it had not “judged the works on literary merit.” Many termed it “censorship” – with a number of people comparing the act to “book burning.”

“If a bookstore sells only men’s books, you would criticize it as much as possible saying that they are macho, that women are not given the option of being a writer, etc. That is not equality and it is one thing that you should be clear about,” one user tweeted.

Several commenters said the store owners had been “blinded by ideology,” with one person claiming they had “confused feminism with hembrism” – apparently referring to the theory that legitimizes contempt and attacks on men because of their sex. Another person described the act as “machismo with skirts.”

Others came out in defense of the store, with some users noting that it was its right as a private company to decide which books to stock.

In response to the backlash – described by the store as “patriarchal violence” that was “inevitable” after its “political decision” – the owners then tweeted on Sunday that it had decided to “block trolls” and take some “time offline” for the “self-care” of the shop and its customers.