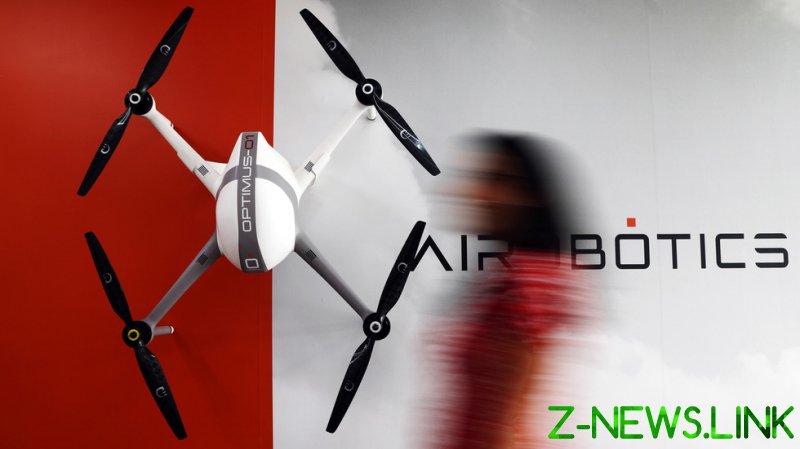 Drones are hated and feared by prison guards for their capacity to serve as flying drug mules. But the Bureau of Prisons is also worried that drones may soon be used to carry prisoners themselves to freedom, according to a report published on Tuesday by the Justice Department’s Office of the Inspector General.

“[Bureau of Prisons] officials told us that future devices may even have payload capabilities that could allow for the lifting of an adult out of a prison,” the report revealed, advising the monitoring of “trends in both the [drone] industry and observed incidents involving drones at prisons” in order to respond appropriately should such technology become widely available.

Existing drone modifications already allow for the lifting of humans, though they’re prohibitively expensive, especially given the limited budget of the average prison inmate. They’re also very noisy – think of every movie prison-break that features a helicopter, but smaller. And if money and noise are no object, one might as well do what Mexican drug lord El Chapo did and dig a motorcycle escape tunnel. But off-the-shelf consumer drones could potentially be used to scope out escape routes or monitor guard changes.

Drones could also be fitted with explosives and sent in to attack prisons in the same way the unmanned vehicles are currently being strapped with drugs and other contraband, the report warned. Consumer-grade drones have been used by terrorists and militant groups in the Middle East for years – the Islamic State terror group (IS, formerly ISIS/ISIL) has been known to attach explosive charges to the devices, for example, and the BOP is concerned US inmates will follow suit.

The Bureau of Prisons wants more money to combat potential drone incursions (or escapes), according to the report – even though the government has already forked over $5.2 million as of February for drone “detection and mitigation systems.” Tracking drone incidents and training staff in putting an end to the airborne contraband cargo flights is number one on their to-do list, while “protective solutions” are also needed. However, redactions in the document mean it doesn’t specify what kind of countermeasures they have in mind.

The Justice Department complained that legal limitations currently prevent some facilities from responding aggressively to unauthorized drone traffic – i.e. they can’t simply shoot them down. Even where the Bureau is within their rights to attack, they must get authorization from the Attorney General and the Federal Aviation Administration, according to the report – regulations they want significantly rolled back, apparently less concerned about passing airplanes that might be hit with a prison’s anti-aircraft gun than about prisoners getting contraband.

However, with a growing number of civilian drones clogging the skies, it’s doubtful the Justice Department is eager to free prison guards’ hands to go hog-wild shooting down anything that flies too close to their walls.