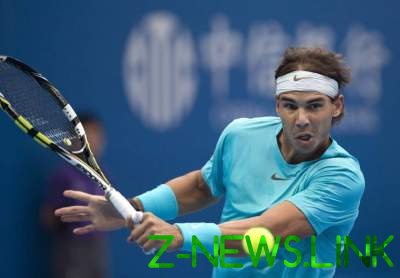 Roger Federer and Rafael Nadal reached the head to heads on hard courts tournament in Shanghai ATP series-1000 with a prize Fund of $8,092,625.

Nadal on the way to their second final in Shanghai in two sets against fifth ranked Marin Cilic (7:5, 7:6).

In the first set, the Spaniard with the score 4:5 on his serve and won back three set-Bola, and then made the break and filed for the party. During the second set, Cilic already tried to get back in the game – at the reception Croat played match-bol and did a back break, but the tie-breaker still allowed Nadal to finish the match in two sets.

Nadal in the match with Cilic filed 4 aces, made 2 double faults, won 77% of the balls on the first pass, converted 3 of 12 break points and twice lost his serve.

Federer in the semifinals of the “Shanghai Rolex Masters” took revenge from Juan Martin del Potro for the recent defeat in the quarterfinals of the US Open. Argentinian in yesterday’s match against Viktor Troicki injured his left wrist despite his injury, del Potro reached the semi-finals and gave Federer a serious resistance.

The first set del Potro took account only of the break, but in the future, the court was dominated by Federer. Swiss made three breaks, and on his serve and did not allow a single break point (3:6, 6:3, 6:3).

Roger Federer and Rafael Nadal in the final of the masters in Beijing will hold the 38th time. Ahead of Nadal (23-14), however, the last four matches won Federer.