Federal judge throws out CDC nationwide eviction moratorium, says agency has ‘no legal authority’ for it 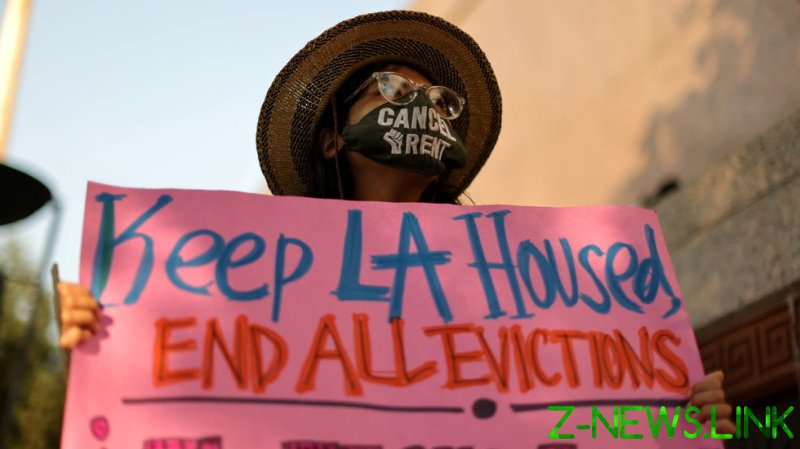 “The Court recognizes that the [Covid-19] pandemic is a serious public health crisis that has presented unprecedented challenges for public health officials and the nation as a whole,” Judge Dabney L. Friedrich wrote in her opinion on Wednesday. However, the moratorium is “unambiguously foreclosed by the plain language of the Public Health Service Act.”

The original ban on evicting tenants for non-payment of rent was part of the CARES Act, passed in March 2020, but it was to last 120 days and apply only to rental properties whose occupants received federal assistance. After it expired, the CDC – acting through the Department of Health and Human Services – extended it to tenants of all rental properties across the US. It has been renewed several times since, with the current extension scheduled to expire on June 30.

Several realtors and two trade associations filed the lawsuit against the moratorium in November 2020, arguing that the CDC exceeded its legal authority with the “arbitrary and capricious” decision that violated the Administrative Procedure Act (APA). The US Supreme Court invoked the APA in its June 2020 ruling to block the Trump administration from getting rid of the Deferred Action for Childhood Arrivals (DACA) program.

The Department of Justice has already filed a notice that it will appeal Judge Friedrich’s ruling.

“With rental assistance secured, the economy strengthening and unemployment rates falling, there is no need to continue a blanket nationwide eviction ban,” the National Association of Realtors said after the ruling, saying a better solution would be to assist tenants in paying their rent, taxes, and utility bills.

The realtors’ association had told the Biden administration in January that 40 million Americans have fallen behind on rent during the pandemic, with $70 billion in missed payments by the end of 2020, according to Reuters. The CDC said more than four million people “feared imminent eviction.”

While helping millions of Americans who lost their jobs due to the pandemic to keep a roof over their heads, the moratorium has reportedly crushed small landlords, who have been unable to make their own mortgage, debt, and tax payments as a result.

Some $47 billion in rent relief allocated by the Biden administration’s American Rescue Plan – passed in March on a party-line vote – have been slow to materialize, Bloomberg reported last month, pushing many of the mom-and-pop landlords to sell to wealthy corporate investors circling the distressed market like vultures.

Less than a third of the small landlords qualify for Covid-19 mortgage forbearance, Bloomberg added, while local governments aren’t inclined to forgive property taxes, because business taxes have dried up due to the lockdowns. If they go under, a lot of the rental properties will likely end up consolidated in the hands of private equity companies, and rents will go up, according to Peter Hepburn, an assistant professor of sociology at Rutgers University who researches housing.