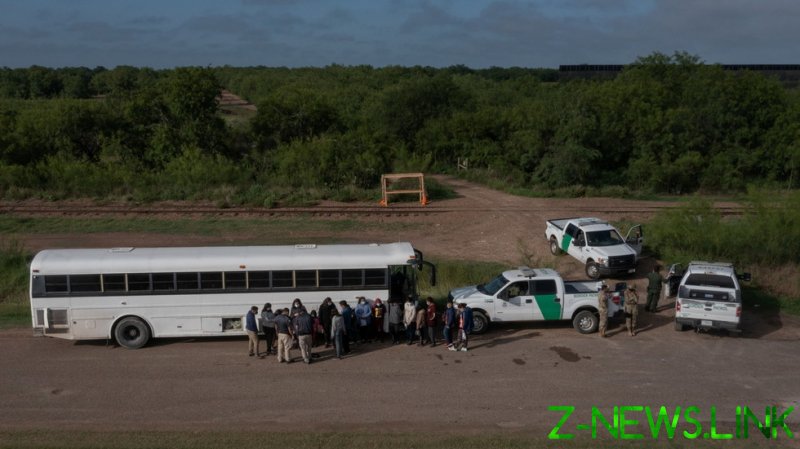 “The Executive Order causes irreparable injury to the United States and to individuals the United States is charged with protecting, jeopardizing the health and safety of non-citizens in federal custody, risking the safety of federal law enforcement personnel and their families, and exacerbating the spread of [Covid]-19,” Judge Kathleen Cardone of the Western District of Texas in El Paso wrote in the order on Tuesday evening.

Cardone’s language echoes verbatim the complaint filed by the US Department of Justice on Friday, which accused Abbott of violating the US Constitution’s supremacy clause and interfering with the federal enforcement of immigration laws.

Abbott, a Republican, had argued that the federal government had created a constitutional crisis by refusing to enforce immigration laws and allowing migrants to cross into the US illegally – many of them infected with Covid-19. The governor had issued the order last Wednesday, authorizing Texan law enforcement to stop any vehicles suspected of transporting migrants, citing emergency powers given to him to deal with the pandemic.

Cardone’s injunction is temporary, and will be in effect until August 13, when the DOJ and Texas are expected to send attorneys for a follow-up hearing and present their case on why the order should be upheld or reversed. Abbott and Texas Attorney General Ken Paxton have vowed not to back down.

The showdown comes as the Department of Homeland Security (DHS) released preliminary information about the number of illegal border crossings in July. According to assistant secretary for border and immigration policy David Shahoulian, approximately 210,000 people were apprehended on the US-Mexico border last month – and so far in 2021, the number has exceeded 1.1 million.

Overwhelmed, the US Border Patrol has resorted to releasing the migrants to local NGOs, who then transport them by bus and plane to the interior of the US.

Since January, the Biden administration has eliminated or reversed most of the border enforcement policies of its predecessor. On Monday, however, a coalition of NGOs sued the White House for not getting rid of Title 42, which allows for deportation of people who cross the border illegally on grounds of public health. About a third of all families that crossed illegally this year have been sent back under the rule, but unaccompanied children have been exempt – something critics say has been abused by human traffickers.