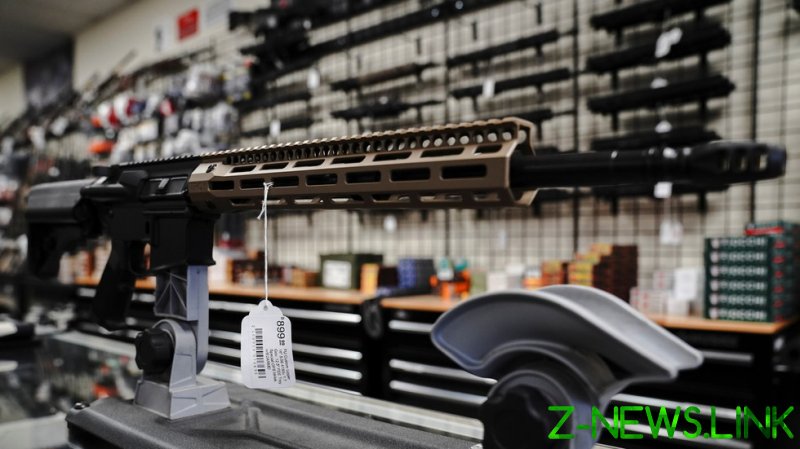 “Like the Swiss Army Knife, the popular AR-15 rifle is a perfect combination of home defense weapon and homeland defense equipment,” U.S. District Judge Roger Benitez of the Southern District of California, stated in his ruling on Friday.

Benitez went on to argue that 1989 California’s Assault Weapons Control Act (AWCA), that banned specific makes and models of assault weapons in the state, was unconstitutional and a by-product of “incorrect” interpretation of the Second Amendment at the time. The judge pointed out that “prior to 2008, lower court opinions did not acknowledge that the Second Amendment conferred an individual right to own firearms, or that the right applied against the states.”

Brushing off the argument that AR-15-style rifles should not be covered by the Second Amendment because they are too dangerous to handle, Benitez called the outlawed assault weapons “fairly ordinary, popular rifles.”

In a separate tweet, Newsom recalled all the recent instances where AR-15-style firearms were allegedly used by the perpetrators of mass shootings.

Rep. Adam Schiff (D-Calif.) denounced the ruling as “an insult to all families and communities torn apart by gun violence”, while activist and musician Ricky Davila labelled the judge “a lunatic” and a “mass murder suppoter.”

Senator Bernie Sanders also weighed in, arguing that AR-15 rifles are “military style weapons.” “This decision should be appealed and overturned.” he tweeted.

Conservatives, on the other hand, welcomed the ruling.