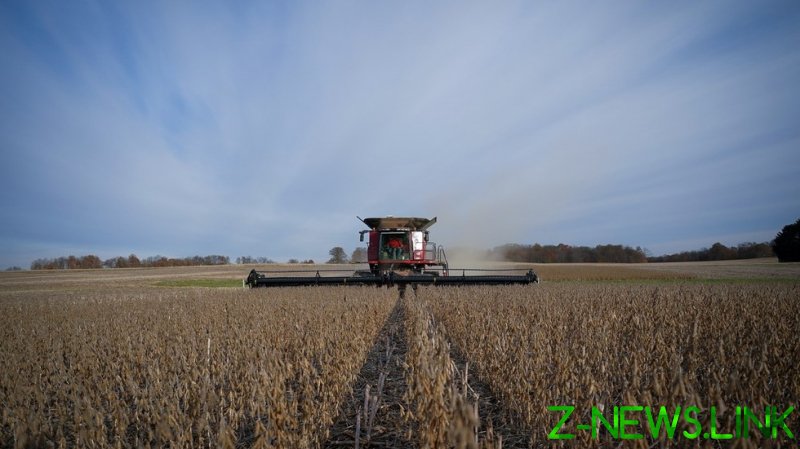 US District Court Judge William Griesbach granted the temporary restraining order on Thursday in Milwaukee, suspending and jeopardizing a program touted by the Washington Post as “the most significant legislation for black farmers since the Civil Rights Act” of 1964.

The $4 billion initiative – championed as part of President Joe Biden’s racial-equity push – was included in the Covid-19 relief package that was enacted in March, although it didn’t relate directly to the pandemic. The program paid off as much as 120% of loan balances held by farmers and ranchers – as long as they were black, Hispanic, or of some other non-white identity – to help undo alleged systemic racism in agriculture.

The Wisconsin case, which the Wisconsin Institute for Law and Liberty (WILL) filed on behalf of 12 white farmers, is one of at least five lawsuits filed against the Biden administration to challenge the constitutionality of giving debt relief only to farmers of certain ethnicities.

“The court recognized that the federal government’s plan to condition and allocate benefits on the basis of race raises grave constitutional concerns and threatens our clients with irreparable harm,” WILL president Rick Esenberg said. “The Biden administration is radically undermining bedrock principles of equality under the law.”

One of the plaintiffs, Wisconsin dairy farmer Adam Faust, told the Milwaukee Journal Sentinel that “there should be absolutely no federal dollars going anywhere based on race.”

Griesbach was appointed to the bench by President George W. Bush in 2002. His order follows a similar ruling in a case involving a Tennessee restaurant owner who was denied Covid-19 financial aid because he was a white male. Late last month, an appellate court granted a temporary injunction against the Biden administration’s $29 billion relief program for non-white and female restaurant owners.

“The stark realities of the Small Business Administration’s racial gerrymandering are inescapable,” Judge Amul Thapar said in the ruling. He noted that the Biden administration had even prioritized certain minority applicants over others, such as providing aid to Asian American restaurateurs only if their origins were in India, Pakistan, Bangladesh, Sri Lanka, Bhutan, the Maldives, or Nepal.

The Wisconsin lawsuit demands that the Biden administration not consider race when administering the debt-relief grants.