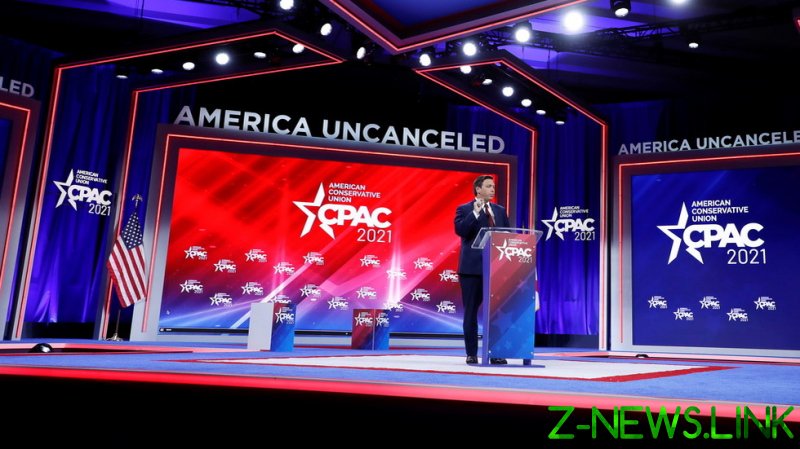 Florida SB 7072, signed into law by Republican Governor RonDeSantis in May, was scheduled to go into effect on July 1. On Wednesday evening, however, US District Court Judge Robert Hinkle issued an injunction blocking it.

Hinkle was responding to a lawsuit by two Silicon Valley trade associations, NetChoice LLC and Computer & Communications Industry Association, who argued that the law violated their First Amendment rights by “interfering with the providers’ editorial judgment, compelling speech, and prohibiting speech,” among other things.

“Balancing the exchange of ideas among private speakers is not a legitimate governmental interest,” Hinkle argued in the 31-page ruling, nor is “leveling the playing field” by promoting speech on one side of the issue or another.

He also agreed with the plaintiffs that the “actual motivation” for the law was hostility towards Big Tech’s “perceived liberal viewpoint,” citing public statements DeSantis made about the bill.

The judge went even further, arguing that social media platforms need to exercise “editorial judgment” much like the traditional media in order to curate their content, without which their sites would become “unacceptable” and “useless” to most users.

Platforms sometimes block users for “engaging in fraud, spreading a foreign government’s disinformation, inciting a riot or insurrection, providing false medical or public-health information, or attempting to entice minors for sexual encounters,” Hinkle wrote, listing the grounds Silicon Valley has invoked to ban thousands of people over the past several years – including the sitting US President Donald Trump back in January.

Social media companies have used Section 230 of the Communications Decency Act to claim blanket immunity from content liability lawsuits, on grounds of being platforms and not publishers – the distinction Hinkle’s explanation seems to erase.

While DeSantis himself has not commented on the case – apparently focusing on the ongoing search and rescue operations at the collapsed condominium in Surfside – his office told the Daily Caller they are “disappointed” by the ruling and plan to “immediately” appeal the case to the Eleventh Circuit.

The appeals court has sided with DeSantis over Hinkle once before, in a 2020 case where the judge appointed by President Bill Clinton had ruled a law requiring convicted felons to pay fines, fees and restitution before getting their voting rights back was unconstitutional.