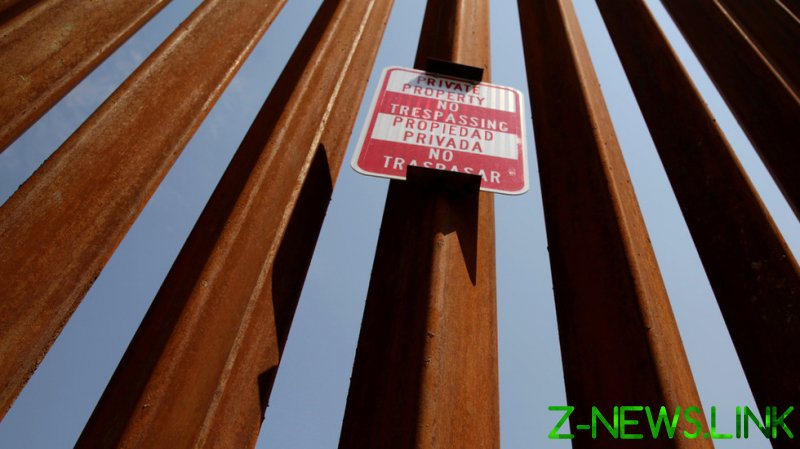 Will this one small step for Steve end with a big drop to the prison time his haters crave?

Bannon was pardoned on federal charges of money laundering and wire fraud as part of his work on fundraising campaign We Build the Wall, a private-sector effort to finish Trump’s long-touted but never-completed border wall separating the US from Mexico on the taxpayer dollar.

Trump’s pardon only applied to the federal indictment, however. Congress had repeatedly denied him the funding to complete the wall, sticking their knives in wherever they felt able to ban money earmarked for what some of his media nemeses referred to as “vanity projects.”

Bannon stood accused of slurping up over $1 million of the $25 million from the fundraiser for his own personal use and even more of the money to pay a campaign official, with the cash having supposedly been earmarked for wall-building alone.

US District Judge Analisa Torres explained her decision to set aside Bannon’s innocence as the “proper course,” observing that it wasn’t normal to remove a defendant from a case docket without resolving their indictment with regards to the case. Nor, she explained, did such a pardon officially render the defendant innocent or guilty. Bannon would remain pardoned by Trump – under federal terms, at least.

In the torrid imaginations of Bannon’s haters, this meant Bannon was still very much guilty, pardon or no pardon. They fantasized about new federal charges or an array of state-launched barbs, either way convinced that “Bannon is definitely not off the hook.”

Bannon had pleaded not guilty to charges that he and the other three men had duped thousands of donors into forking over a total of $25 million to build a wall along the southern border of the US contingent with Mexico. While the donors believed all of their cash was going to pay for the wall, prosecutors claimed Bannon took over a million dollars to pay a salary for a campaign official and as personal expenses for himself. All have thus far pleaded not guilty to those charges.

While Trump pardoned his former campaign director in January, prosecutors requested the indictment against him be allowed to stand, claiming it would “leave ill effects on Bannon even without a conviction.” Dismissing the case without a formal admission of guilt could cast Bannon in a poor light going forward, the prosecutors claimed. Subsequent discussion has largely focused on recasting Bannon as a guilty man, suggesting the original hair-splitting was a poker-faced effort to convince Bannon’s lawyers they’d get the slammer if they didn’t cooperate. Far from brokering commodities, as the prosecutors described in their ultimately irrelevant deal, however, Bannon was chilling aboard a luxury yacht in Connecticut when he was arrested in August, netting the feds a whopping $5 million in bail.

Others reminded their ideological compatriots that the judge had specifically said the ruling concerned only federal charges, implying there were certain to be state charges waiting up prosecutorial sleeves and that there was no way that either the New York or New Jersey state courts would let Bannon walk so easily on those state charges. Both states immediately pounced on investigations of the $25 million fundraiser, though only the New Jersey probe is a civil investigation – New York is pursuing its own criminal charges outside the now-defunct federal case against Bannon as well as his (alleged) co-conspirators.

Others on social media speculated that Bannon’s wall-building trio might seek to snitch on each other if not offered a pardon similar to Bannon’s.

After all, who would find prison life fair while their boss cavorted on yachts, equipped with a sturdy pardon from their boss?

Fundraiser figurehead Brian Kolfage, a disabled Air Force vet, stands accused of money laundering given his alleged refusal to declare the  exact amount of money he took in from the fundraiser. He only took in $350,000 – peanuts in Trump-numbers, and there’s no indication Kolfage plans to go turncoat on the former president.

Others pointed out that no matter what came next, Bannon had essentially gotten away with ripping off Trump supporters while maintaining their affection for him.

The other two men involved in the alleged conspiracy to defraud Trump devotees regarding the wall are expected to submit trial dates for later this year. Bannon, meanwhile, was until recently supposed to be hard at work training “future populist leaders” at a 13th century monastery called the “Dignitatis Humanae Institute” (Human Dignity Institute). However, he was recently stripped of his authorization to use the facility, “on the basis of declarations made at the time of the bid that are subsequently shown to be not true,” the local Council of State, situated south of Rome, found.

Bannon in March vowed to fight to keep the monastery, which he had billed as a “gladiator school” for the “alt-right.” The Italian Culture Ministry for the region of Lazio, where the buildings sit, however, pledged to return them “to the people,” arguing Bannon’s project lacked the requirements to keep the monastery up and running.