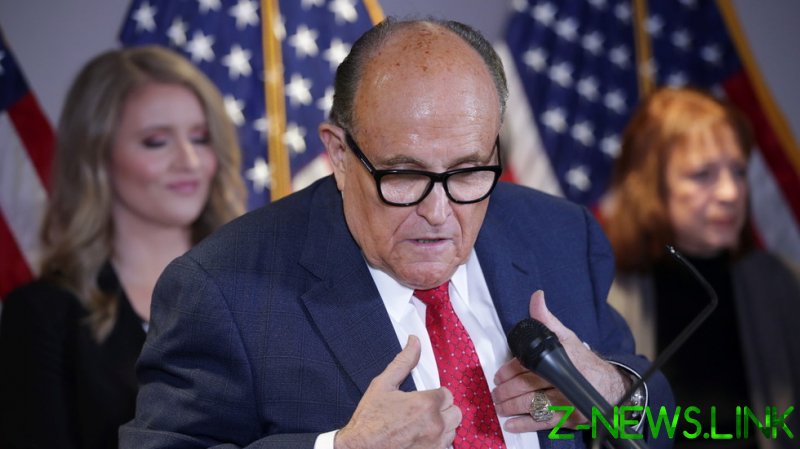 The feds seized Giuliani’s electronic devices, according to one of the three sources who spoke to the New York Times about the investigation on Wednesday.

Investigators are examining Giuliani’s dealings in Ukraine and whether he illegally lobbied the Trump administration on behalf of Ukrainian officials.

Spokespeople from the FBI and the US Attorney’s Office made no comment regarding the investigation. Robert Costello, a lawyer for Giuliani, confirmed to the Wall Street Journal and other outlets that the search had taken place. He denounced the search warrant as “legal thuggery.”

The Justice Department typically attempts to avoid behavior that would appear partisan, such as probing a former president or his aides within 60 days of an election, the Times noted.

Only until Trump exhausted all his legal options did the Justice Department and FBI move forward with seeking a search warrant, due to both common practices about waiting 60 days to request such papers and Trump-appointed judges placing themselves in the way of the warrant process, according to sources cited by the Times.

With Trump now safely out of the oval office, however, a path has been cleared for his opponents to go after the ex-president and his close confidantes like Giuliani.

A search warrant is not an explicit accusation of wrongdoing, but it indicates that the investigation into the ex-Trump lawyer is entering an “aggressive new phase,” the Times said.