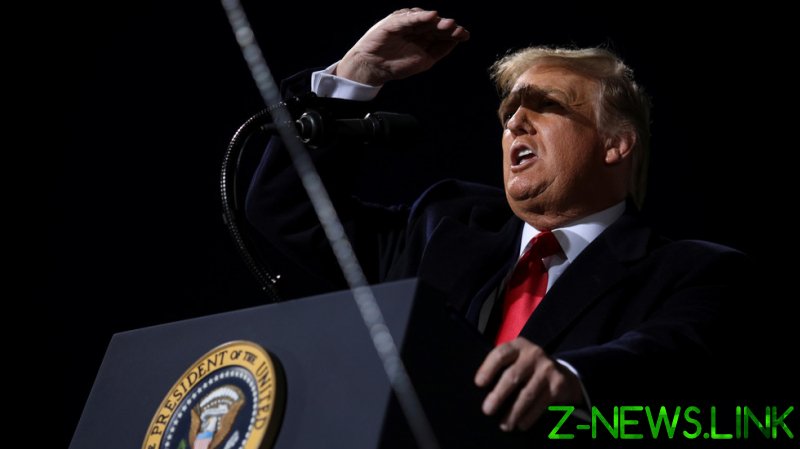 “Praying for the two police officers that were shot tonight in Louisville, Kentucky. The Federal Government stands behind you and is ready to help. Spoke to @GovAndyBeshear and we are prepared to work together, immediately upon request!” Trump tweeted on Wednesday, shortly after two officers were shot in Louisville as police faced off with protesters, venting their fury over the charges in the case of Breonna Taylor, who was fatally shot by police in March.

The officers were shot while responding to reports of gunfire during heated protests that erupted in the city earlier on Wednesday. They suffered non-life-threatening injuries and are expected to survive, Police Chief Robert Schroeder said at a press briefing, adding that one suspect had been arrested following the incident.

The unrest was sparked after Kentucky Attorney General Daniel Cameron announced that the officers involved in the fatal shooting of Breonna Taylor during a March narcotics raid would not face charges for her death. Instead, only one of the officers was charged for “wanton endangerment” after he indiscriminately fired into apartments near Taylor’s home on the night of her death. Though initial reports described the incident as a “no-knock” raid, Cameron said one witness heard the officers identify themselves before attempting to enter Taylor’s apartment, a claim her family has disputed.

President Trump’s offer to send help to Louisville comes after a series of federal deployments to cities around the US amid a wave of chaotic protests this summer. His administration came under fire after sending officers from a number of federal agencies into Portland, where unrest has raged on for more than 100 days, seeing arson, vandalism and frequent clashes between activists and police. The federal agents were accused of “kidnapping” protesters off the streets in unmarked vehicles and using excessive force on demonstrators. However, the Department of Homeland Security, which oversaw the deployments, has denied the allegations.