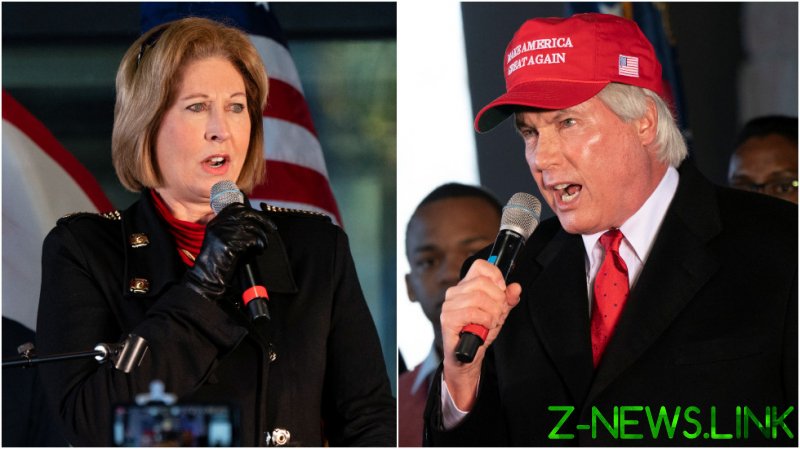 US District Court Judge Linda Parker granted the sanctions request on Wednesday against nine pro-Trump lawyers, Powell and Wood among them, who spearheaded lawsuits claiming election fraud last year. Parker said the lawyers’ conduct “calls into question their fitness to practice law” and even “warrants a referral for investigation and possible suspension or disbarment.”

“Individuals may have a right (within certain bounds) to disseminate allegations of fraud unsupported by law or fact in the public sphere. But attorneys cannot exploit their privilege and access to the judicial process to do the same,” the judge said, adding that “when an attorney has done so, sanctions are in order.”

Filed in Michigan after the 2020 presidential vote, the election fraud suit in question was ultimately dismissed by the same judge last December, with Parker ruling that Powell’s evidence amounted to a mere “amalgamation of theories, conjecture, and speculation” and did not warrant further hearing.

The judge argued on Wednesday that the case “should never have been filed,” and that the government “should never have had to defend it,” saying the lawyers would likely continue to “abuse the judicial system to publicize their narrative” unless they faced consequences.

In granting the sanctions at the request of local officials, Parker ordered the nine attorneys to pay the legal fees incurred by the state of Michigan and the city of Detroit throughout the suit, also requiring that they submit records on all lawyers who worked on the case, and in what capacity.

Moreover, within six months of Wednesday’s ruling, the sanctioned attorneys must also “each complete at least 12 hours of continuing legal education in the subjects of pleading standards… and election law,” which must be offered by a “non-partisan organization” and paid at their own expense. They will then be made to file an affidavit to the court “describing the content and length of the courses attended to satisfy this requirement.”

Though Powell’s case was shot down, Parker acknowledged that the court had not actually decided on the question of fraud in the 2020 race, saying “resolution of that issue was never appropriately before the Court” due to procedural issues that got the suit tossed.

Powell, as well as other Trump backers – such as his former attorney Rudy Giuliani and MyPillow CEO Mike Lindell – have also been sued by voting machine firms Smartmatic and Dominion Voting Systems, which provided election tech in many states for the 2020 race. The companies say they were defamed by the election fraud claims, which pointed to potential problems with their voting machines. Those allegations were never substantiated.

Trump and a sizable group of his supporters have repeatedly charged massive fraud in the 2020 election, claiming Joe Biden effectively stole the presidency. Despite a flurry of similar lawsuits across several states, however, no compelling evidence of fraud was ever put forward, even after some resulted in ballot recounts in contested areas. The results of yet another audit of results in Arizona were set to be published this week, but were delayed after members of the audit team fell ill with Covid-19.