Fears 5G may cause ‘major disruptions’ for AIRCRAFT delay rollout 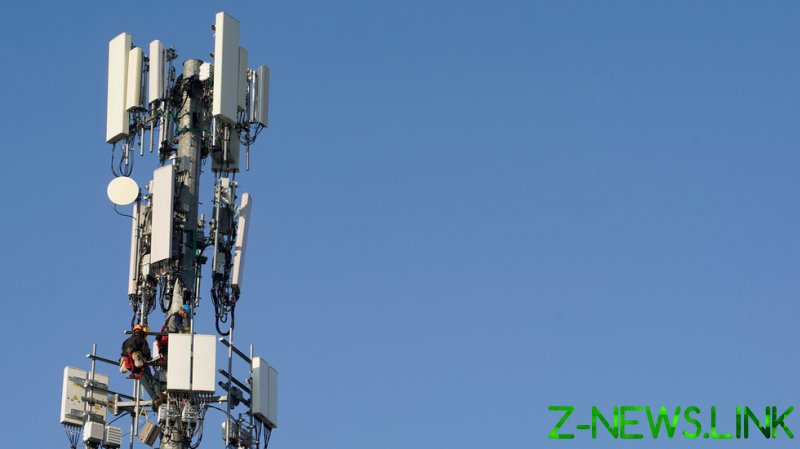 The planned December 5th rollout across C-band frequencies, which offer “good-to-great speed” across the mid-range of the radio frequency spectrum, will be delayed until at least January 5th, AT&T and Verizon announced on Thursday. The companies are hoping to work with the FAA to address its concerns regarding potential interference with cockpit safety equipment that also uses the C band, people familiar with the matter and one of the companies told the Wall Street Journal.

While the corporations doled out a combined $70 billion to gain access to the C-band in an auction earlier this year, the aviation industry has protested its use, arguing that “major disruptions to use of the National Airspace System can be expected” should the providers get dibs on that bandwidth for their 5G.

The companies already have high-speed 5G connectivity in higher bands, where they use millimeter-wave technology, and low-band frequencies, which are noticeably slower. While they aren’t the only two companies rolling out 5G, their competitor T-Mobile has already snapped up a sizable chunk of mid-band spectrum that does not (yet) operate on C-band.

The aircraft industry has apparently been trying to get phone companies’ attention for some time now, having held a meeting in August with the Federal Communications Commission to warn of the coming clash between the two areas. Unless something is done, they warned, “major disruptions” could be expected, forcing the FAA to “drastically reduce aviation operational capacity.”

Having failed to convince others on the urgency of the matter, the FAA released a “special information bulletin” earlier this week outlining 5G’s potential interference with airplane safety hardware that depends on access to radio altimeters. Until this week, the agency had planned to issue official mandates limiting the use of automated systems, including one that helps pilots fly and land in bad weather. The bans were designed to prevent any interference from 5G signals encroaching on their bandwidth, as 5G operators are expected to unleash their technology on December 5th across 46 markets.

While acknowledging there had not been any issues of “harmful interference” with 5G in other countries, pilots were warned they must be “prepared for the possibility that interference from 5G transmitters and other technology could cause certain safety equipment to malfunction,” and suggesting that being forced to fix the issues “could affect flight operations.”

Wireless trade group CTIA has insisted 5G networks could safely use the spectrum, pointing to 40 countries in which they were simultaneously operational with airline safety computers.

Air travel in the US has already been experiencing problems lately, with post-pandemic desire for flying running up against staff and pilot shortages. These shortages have been exacerbated by broadening vaccination mandates across the country.