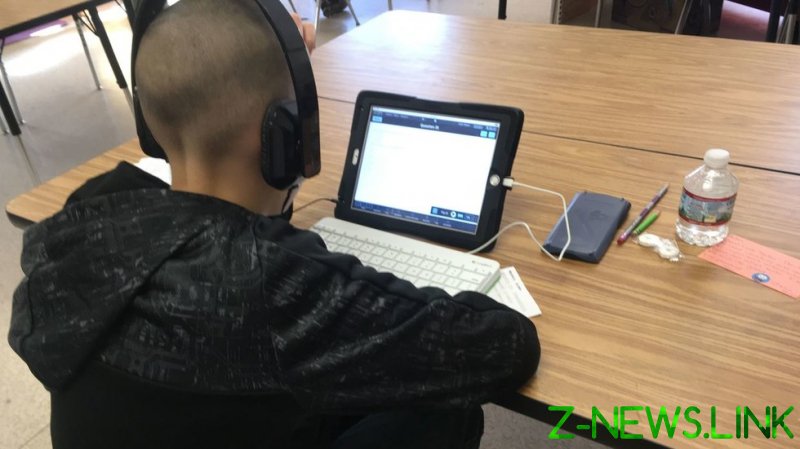 After the mother of a 10th-grade student alerted Maumee City Schools administrators and the media to her daughter’s history teacher’s apparently unconscionable assignment of PragerU videos as extra credit, HuffPost “discovered” a much scarier truth: the conservative video outlet is invading America’s classrooms. In the process, they’ve laid bare a cherished hypocrisy at the heart of what the US educational system has become.

Reading HuffPost’s overwrought description of the travails of the student and her mother earlier this week, one would think the teacher in question had dragged her 10th grade history class to a Ku Klux Klan rally and forced them to pen essays about what white supremacy meant to them in order to secure a passing grade. The reality was more pedestrian – the assignment (optional, for extra credit only) merely asked students to “watch PragerU videos and then answer questions about how the videos challenged [their] beliefs.” Nowhere were they expected to adopt the videos’ claims as fact, or even agree with them.

Nevertheless, the 16-year-old (and more importantly, her mother) were apparently so unaccustomed to having their beliefs challenged that the girl “didn’t think she could complete the homework.” Her mother ran to the school district administrators and, not getting the reaction she wanted there, told her story to the media, which dutifully reported on what mom termed the “ALT-RIGHT [sic]” propagandization of her daughter.

“If you Google PragerU and spend a few minutes scrolling, you will see that this site is controversial at best,” mother Andrea Cutway wrote to the principal.

When administrators suggested by way of compromise that the teacher also assign videos from the opposing point of view, even that wasn’t enough – the problem was that PragerU material was being assigned at all. Even after the HuffPost story led the district to yank the assignment entirely, Cutway seemed ill at ease knowing that PragerU, which launched a full-on educational program called PREP in response to school shutdowns triggered by the Covid-19 pandemic, “has found a way to get into the public school system.”

Cutway is not alone. A growing and extremely influential faction of the center-left establishment, including parents, have internalized a bizarre double-standard in which liberal propaganda directed at impressionable students is deemed acceptable, even praiseworthy – but its right-wing equivalent must be barred from the curriculum. Especially if it presents information in a “simplified, easily digestible way.”

To see PragerU as a novel threat to young minds, one would have to overlook the past several decades of propaganda pouring into the average public school classroom from the liberal end of the political spectrum. This includes everything from the shoehorning of revisionist tripe like the New York Times’ 1619 Project – which argues the preservation of slavery was the primary reason for America’s founding – into “American history” classes, to the wholesale adoption of a so-called “anti-bias curriculum” written by the Anti-Defamation League, which presents itself as an anti-discrimination outfit while seeking to redefine criticism of Israeli government policy as “anti-Semitism.” The brainwashing of American children has become an expected part of the classroom experience.

The indoctrination free-for-all has even permeated less overtly political disciplines like geography, where the Israeli lobby has – under innocuous-sounding names like the Institute for Curriculum Studies – been alarmingly successful in writing Israel’s human rights abuses out of textbooks and making it a disciplinary offense to even mention them. Ideologically motivated educators have replicated this stealth model across such unlikely subjects as mathematics (2+2=RACIST) and science, ensuring that even students who enter the “hard sciences” to get away from the rising tide of politics will never be safe.

Parents who noticed all this and more and approved of it, and are only now raising a fuss over PragerU’s classroom invasion, are essentially admitting they prefer their ideological playing field uneven. They might protest that liberal propaganda like the 1619 Project comes stamped with the Pulitzer Prize, while the average PragerU video comes with a Facebook “fact-check” warning. But the 1619 Project recently (and quietly) memory-holed its central claim pinning the founding date of the US to the year the first slaves arrived on North American soil, and the New York Times’ own fact-checkers attempted to raise red flags when its controversial claims were first published. PragerU’s brand of spin may win fewer accolades than its competitors on the left, but it comes from an equally fact-starved place.

If liberals are concerned their own propaganda can’t hack it in an unregulated marketplace of ideas, perhaps it’s time to consider curtailing the brainwashing of kids altogether. No child should have to memorize someone else’s ideology to receive a passing grade. Teaching critical thinking means being exposed to competing viewpoints, but also that they be labeled as just that – viewpoints – rather than hard facts.

The much-hyped US “fake news” crisis exists in large part because Americans taught not to question authority have not learned to distinguish between facts and opinions. The latter are regularly substituted for the former in the pages of once respectable publications, whose owners have learned it’s a lot easier to convince someone to agree with you if you present your arguments as the One True Reality rather than one of many options.

And American kids need critical thinking skills now more than ever. In an ideal world, parents and educators could restrain themselves from the urge to impose their agendas on children. Absent this utopia, children must be armed with the tools to defend themselves.