Home / Society / Fear, a tourist, because you will be saved!

Fear, a tourist, because you will be saved! 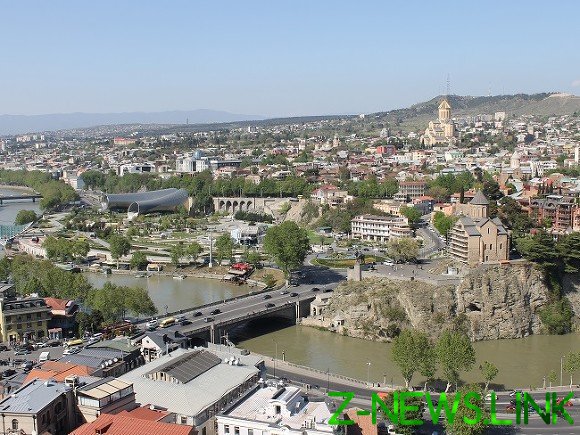 A new Russian-Georgian conflict will cost the citizens of the two States. But not all Russians are ready to blindly follow orders from above.

The authorities of Russia and Georgia got into another fight, the consequences of which would have to rake the residents of both countries. Some broke down on vacation or business trip, and some risk being left without their main source of income. People are at a loss.

After all, for the layman the situation is totally delusional. At the meeting of the Interparliamentary Assembly of Orthodoxy, the Russian Deputy sat in the chair of the Georgian speaker and it suddenly became pricingmanager scandal, and internal political conflict in Georgia. In Tbilisi began an anti-Russian speech, the President of Georgia Salome Zurabishvili has blamed Russia, President Vladimir Putin in response to the shut down air travel and began to intimidate the Russians that they will be forcibly saved.

Policy got into a fight, and the two peoples now proposed to inflamed each other with hatred and to compensate for the damage from this whole mess out of his own pocket. But people on both sides of the border only indignant and angry. They feel deceived. Yes, relations between Russia and Georgia after the collapse of the Soviet Union was difficult. At some point, even came to the war, and territorial disputes remain unresolved. However, in recent years there have been steps forward. It seemed a little more — and the old wounds will heal. But there it was.

Meanwhile, both the Russians and Georgians have a lot of claims to their own governments. People want quality healthcare, education, decent pensions and wages, new jobs, open borders — and they offer only a Patriotic agenda and the image of the enemy.

Georgians do love their country. But they’re too tired to survive on a pension in the incomplete 200 lari (slightly more than 4,000 rubles), to wander to work in Turkey. A hold only due to the tourists rent rooms and apartments, sell cheese and churchkhela, carry tourists on the old “Neve” in the mountains, and now this income is threatened.

See also:  Deputy Sobyanin called because of the constant replacement of tiles in Moscow

The President of Georgia made a belated explanation that the tour, say, in the country are still happy and not in danger. But after all was said and other words — let the Russian authorities, not all Russians, that some will be forced to guard. It seems clear that in a few days in Georgia, nothing has changed, and the Georgians, are still welcomed travelers from Russia, suddenly all the Russian hate and kill them now at every intersection. However, Putin’s ban on the flights a little scary. And Russian media add fuel to the fire: then write that in the Georgian cafe prices for the Russian raised (in two institutions in the whole country), it was reported that the Russians EN masse and hand over the tickets.

And even more alarming evacuated. Why Georgia needed to be cleared of Russian tourists up to July 8? What is this sacred date? What will happen after? What is the meaning of strange hints Kadyrov — say, between Georgia and Chechnya, a total of 200 miles? The Internet is awash with conspiracy theories about the preparations for a small victorious war.

Common sense dictates that all this is just another blatant manipulation. The people again were treated as a resource that is used in political games. People are outraged: we ain’t slaves, you were in charge of our pay and deprives us of choice. Someone is already considering how to get to Georgia by land through Vladikavkaz, Yerevan or Baku. And those who have long planned a trip, but now decided not to risk it, count the losses and figure out how they can be minimized.

Tour promised to return money for permits and tickets. And what about the prepayments made to the hotel in private? The timeframe in which you can get your money back. Closer to August? But what then with this money to do? People for six months guarded, cheap tickets, booked accommodation on special conditions, paved trails. Many funds to pay for new overseas travel will not be. And now — to go to Sochi, Gelendzhik, Anapa? It is clear that the authorities here would happily nodded, but many Russians are just painful wince.

See also:  In Russia because of the explosion collapsed part of the residential high-rises

No, in itself the Russian black sea coast well — there are picturesque mountains and warm sea. Here only the shore captured a ruthless domestic business and the beaches are littered with high-priced beds, which can not be moved; cafes compete with each other who is louder cut chanson; buses at bus stops for half an hour waiting for the salon will be filled in so that there was no longer breathe. And all this is unimaginable money.

What else there are alternatives that are not as expensive as in the Eurozone, and without aggressively rude service? Turkey? Egypt? About them in Russia, too, have long told horror stories. And Georgia in recent years has become one of the favorite destinations for Russian tourists.

And, apparently, many are not going to sacrifice their plans and habits for the sake of political ambitions of the authorities. Groups in social networks dedicated to car trips to Georgia, conduct informal polls and voting. More than seventy percent are not going to cancel scheduled for July and August tours in Tbilisi and Batumi. Traveling families with small children. Curious how our concern about the safety of tourism in Georgia the government is going all these people to catch and save.

I have on hand tickets for July. From Batumi to Russia, I had to fly only on the 19th. Now, apparently, will be returning home through Vladikavkaz and Yerevan. To go with complex structured route I don’t want to.