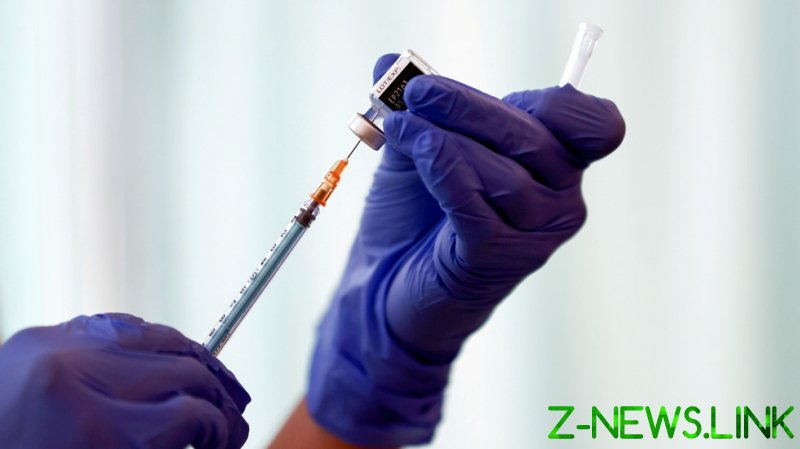 “Americans who have been fully vaccinated do not need a booster shot at this time,” the FDA and CDC said in a joint statement on Thursday, adding that the health bodies are “engaged in a science-based, rigorous process to consider whether or when a booster might be necessary.”

The announcement comes after Pfizer’s chief scientific officer Mikael Dolsten said the pharma giant intends to request approval for a third vaccine dose sometime in the next month. He told Reuters in an interview on Thursday that while the company’s immunization “is highly effective against the Delta variant” – a more contagious strain first detected in India – “there is likely the risk of reinfection as antibodies, as predicted, wane” over time.

Though the Pfizer vaccine, developed jointly with German firm BioNTech, proved 95% effective against severe disease during clinical trials last year, Dolsten said the company’s data shows it had slipped to the 80% range after six months. He nonetheless stressed that data from other countries suggests the vaccine remains highly effective, even accounting for declining immunity.

Pfizer also took to Twitter on Thursday to declare that, despite “strong immune responses” observed after two doses, it is now “studying whether a third dose will boost them further.” It added that it would also prepare an “updated version” of the jab to improve effectiveness against the Delta variant, saying clinical studies for that could begin by August.

According to Dolsten, the company’s preliminary studies indicate that a booster shot could generate five to 10 times the antibodies than are usually seen after the second injection.

Vaccine makers have floated the idea of additional doses before, with Moderna CEO Stephane Bancel telling colleagues on a May earnings call that “We believe booster shots will be needed” to combat “new variants of concern.”

Pfizer’s own chief executive Albert Bourla said much the same in April, stating that a third dose would “likely” be required one year after the patient’s first shot, also hinting at additional doses every year going forward.

Some experts have voiced skepticism in the idea, however, with former CDC Director Tom Frieden telling Reuters in May that “there is zero, and I mean zero, evidence to suggest” a need for booster doses. The World Health Organization’s vaccine chief Kate O’Brien also pointed to a lack of data on the question, suggesting it was too soon to draw any conclusions about additional shots.

Pfizer responded to the pushback at the time, saying boosters may be needed only while the virus is “still circulating widely,” which could change at some point as the US inches toward herd immunity, whether naturally through infection or by way of vaccines.

In addition to the Pfizer-BioNTech formulation, vaccines developed by Moderna and Johnson & Johnson have received emergency FDA authorization in the US. To date, some 332 million doses have been administered to Americans, with around 158 million people – or nearly half of the population – fully vaccinated, according to official figures compiled by Our World in Data.