Home / WORLD / FDA advisory panel votes AGAINST Covid-19 boosters for general population, but may yet approve it for elderly

FDA advisory panel votes AGAINST Covid-19 boosters for general population, but may yet approve it for elderly 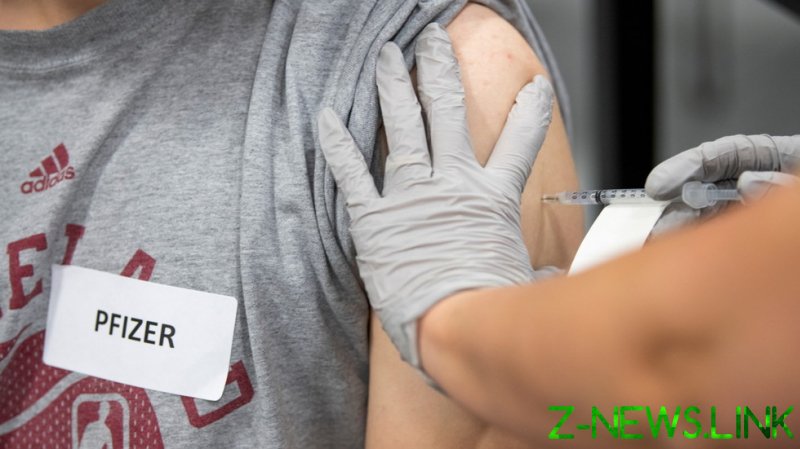 The agency’s Vaccines and Related Biological Products Advisory Committee met on Friday and heard arguments from scientists and Pfizer representatives in favor of authorizing a third dose of the US drugmaker’s Covid-19 vaccine for the general public. After several hours of deliberation, the panel voted 16-3 against approving the boosters.

The decision is non-binding, and the FDA may well approve boosters regardless. The Biden administration is counting on the agency’s approval to press ahead with its plan to begin rolling out the additional shots before the end of the month.

As part of its push for the boosters, Pfizer showed the committee a number of studies that found the efficacy of its vaccine waning in the months following injection. One showed a drop in efficacy from 93% to 53% against the Delta variant of the virus, and from 97% to 67% against previous variants.

Even before Friday’s vote, the idea of clearing booster shots for those already vaccinated sparked controversy within the FDA. Two high-level FDA vaccine officials unexpectedly resigned earlier this month, while the agency itself expressed skepticism over real-world data provided by Pfizer. “There are known and unknown biases” that can affect the reliability of such observational studies, FDA officials wrote in a document released before Friday’s meeting, stating that “currently US-licensed or authorized Covid-19 vaccines still afford protection against severe Covid-19 disease and death.”

Pfizer is not the only vaccine producer pushing for boosters. Moderna, which produces an mRNA vaccine like Pfizer’s, released a study on Wednesday showing that its shot also loses effectiveness over time. The firm claimed that “this adds to evidence of potential benefit of a booster dose.”

The committee continued debating the merits of booster doses after the vote, and may still approve their use for older and more vulnerable segments of the population.

The FDA may buck the committee’s vote and approve the shots regardless within a matter of hours or days, and officials with the Centers for Disease Control and Prevention (CDC) are scheduled to meet next week to discuss distribution plans for the booster doses, suggesting that the committee’s vote was a speed bump on the road to approval rather than a full stop.