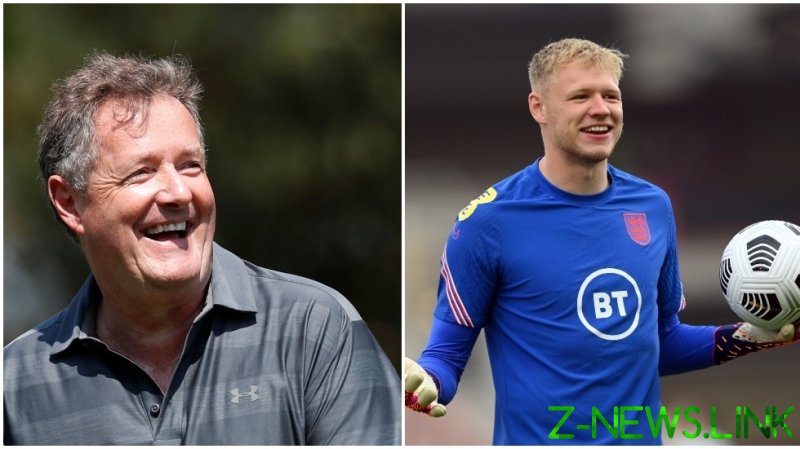 In addition to reportedly considering an approach for Barcelona’s Neto, the Gunners are currently locked in negotiations with Sheffield United’s much younger Aaron Ramsdale.

Having two bids turned down for the 23-year-old, north London outfit are currently considering a third.

This is rumored to consist of a package worth £18 million ($25 million) plus add-ons for a total amount exceeding £25 million ($34.5 million), but if Morgan – who has had numerous fall-outs with professional sportspeople – got his say, they would call off their pursuit for the England Euro 2020 squad member already.

“I think Arsenal need to look elsewhere for a goalkeeper,” he wrote on Twitter, while sharing an old tweet from the Stoke-on-Trent native when he was just 15.

“F*ck off Piers Morgan,” it begins.

“At least Gary Lineker knows what he’s doing on TV,” he adds, alongside a “#w*nker” hashtag while tagging both high-profile men.

Yet others were less kind to the divisive motormouth.

“Not sure we’d ever be able to sign another player if it’s based on their opinion of you,” chimed in someone, with a response that has received thousands of likes.

“I bet all Arsenal fans would rather have him as their goalkeeper over you as a fan,” came another.

“Can’t believe you looked up a tweet from when he was a 15 year old,” it was also said.

“I thought you didn’t like cancel culture, Piers,” another party remarked.

“What he said might be crude and objectionable, but it is a free country and that is his opinion. To call for Arsenal not to give him a job for this is petty, spiteful and in your case – hypocritical.”