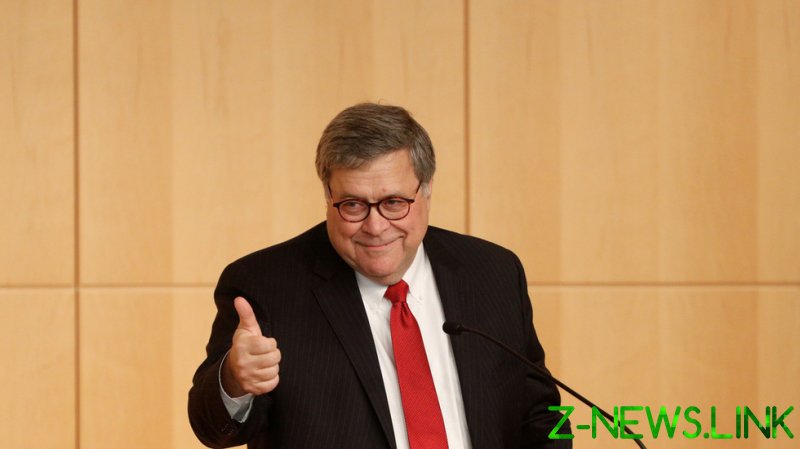 The dossier compiled by British spy Christopher Steele, paid through the firm Fusion GPS by Hillary Clinton’s presidential campaign, was used by the FBI to obtain a warrant to spy on Trump campaign aide Carter Page in October 2016, prior to the presidential election. The warrant was renewed after Donald Trump got elected president and finally expired sometime in late 2017.

In a redacted, two-page memo made public on Thursday by Senator Lindsey Graham (R-South Carolina), the US Department of Justice reveals that Steele’s “primary sub-source” (PSS) had been under FBI investigation in 2009 as a possible Russian agent. The FBI team going after Trump (“Crossfire Hurricane”) became aware of this in December 2016 and interviewed the PSS in January 2017 – then renewed the Page FISA warrant three more times anyway.

The reason the FBI had closed the investigation, as the memo reveals, was that the PSS had left the US in September 2010. The FBI said “consideration would be given to re-opening the investigation in the event” the person returned to the US. For whatever reason, though the PSS did return at some point, the investigation was never reopened.

While the DOJ memo does not name the PSS, some enterprising internet sleuths fingered him in July as one Igor Danchenko. His attorney Mark E. Schamel confirmed the identification to the New York Times a day after RT reported on it. Danchenko had worked as a researcher for the Brookings Institution until 2010. This lines up with the memo saying he was working at a think tank in Washington, DC when some coworkers suspected him of being a “Russian spy.”

The FBI’s investigation came up with nothing much beyond a September 2006 “contact with a known Russian intelligence officer,” and him being “very familiar” with a “Washington, DC–based Russian officer.”

Flimsy as that seems now, it was a lot more than they ever had on Carter Page. It didn’t help that FBI lawyer Kevin Clinesmith had altered evidence to make Page look like a foreign agent, when he in fact was not. In August, Clinesmith pleaded guilty to a lesser charge of making a false statement.

When he sent over the memo to Graham, Attorney General Bill Barr wrote that additional classified information that “bears upon the FBI’s knowledge concerning the reliability” of the Steele dossier may be declassified by the Director of National Intelligence soon, as it won’t interfere with the criminal investigation conducted by US Attorney John Durham.

The Steele Dossier has been the keystone of ‘Russiagate’ – the manufactured scandal accusing Trump of having ties or “colluding” with Russia during the 2016 election – from the very beginning. It had already emerged that the “Crossfire Hurricane” team had interviewed Danchenko in January 2017 and established that the Dossier was fabricated, but proceeded to use it to spy on Trump, framing Carter Page as a Russian agent anyway. At the time, they already knew that Danchenko had been under FBI investigation as a suspected Russian agent – but it didn’t seem to bother them in the least.

Simply put, this means Crossfire Hurricane team members – such as former agent Peter Strzok and his paramour Lisa Page, as well as FBI director James Comey and his deputy deputy Andrew McCabe, ought to have some explaining to do.