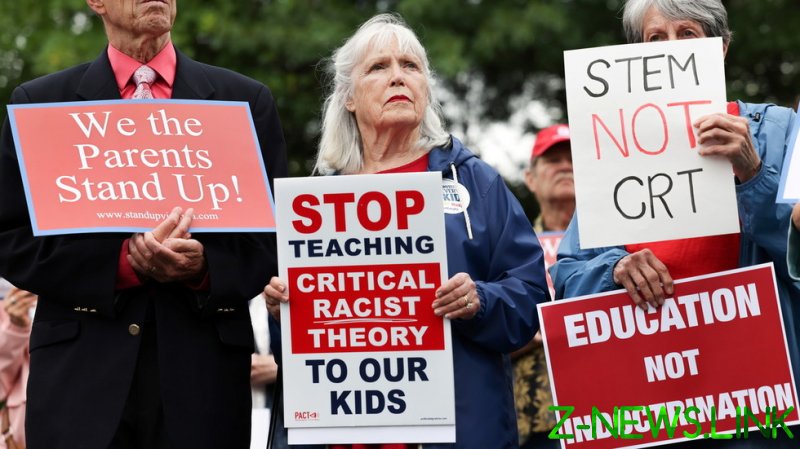 A FBI email from early October “provides specific evidence that federal law enforcement operationalized counterterrorism tools at the behest of a left-wing special interest group against concerned parents,” Republicans on the House Judiciary Committee said on Tuesday. The disclosure “calls into question the accuracy and completeness” of Garland’s testimony before the committee, they added.

The email is dated October 20, a day before Garland testified to the committee that he “could not imagine any circumstance” in which parents complaining about their school boards would be “labeled as domestic terrorism.”

It shows that the FBI’s Counterterrorism and Criminal divisions collaborated to create a “threat tag” – EDUOFFICIALS – to label all reports of threats against school administrators, board members, teachers and staff. Garland announced this action on October 4, after receiving a letter of complaint from the National School Board Association (NSBA), referring to “violent threats” from parents across the country criticizing mask mandates and critical race theory (CRT), among other things.

Garland “provided zero evidence that parents are engaging in credible threats or acts of violence” but mobilized the FBI to “use counterterrorism tools for investigating, tracking, and tagging parents,” anti-CRT activist Christopher Rufo said in reaction to the news.

The NSBA letter sent at the end of September had called for the DOJ to use the Patriot Act against the alleged threats, describing them as amounting to “domestic terrorism.” Garland has denied using such language, but the FBI email indicates the DOJ did so in practice.

Facing backlash, the association actually disavowed the letter, blaming renegade leadership. As emails obtained by a parent group later showed, NSBA leadership worked with the White House to draft the communique. It also emerged that NSBA President Viola Garcia was appointed to the influential National Assessment Governing Board within days of the letter’s publication.

The possibility that Garland lied to Congress has created an additional headache for the attorney general. Last week, he indicted Steve Bannon, former adviser to 45th US President Donald Trump, for contempt of Congress.

Republicans should refer Garland to the DOJ for perjury, argued filmmaker and attorney Mike Cernovich, adding that when the DOJ fails to indict its boss, Bannon would have a claim for “selective prosecution.”