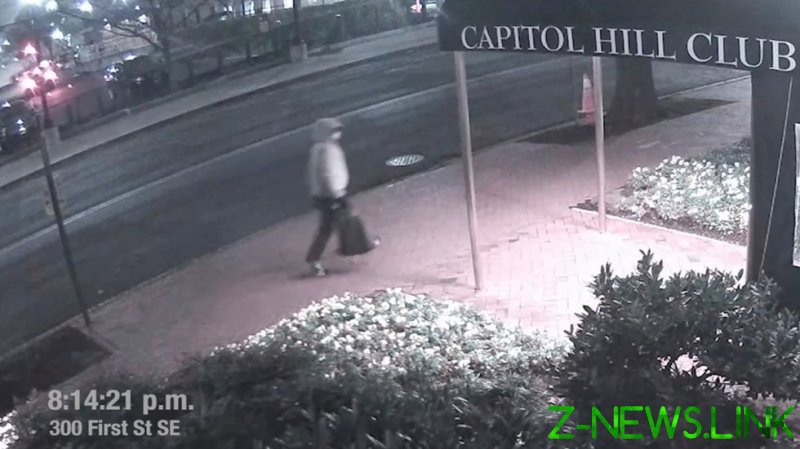 The video clips released on Tuesday show various angles of the suspect, wearing a gray hoodie, prowling around the Republican and Democratic Party headquarters in Washington’s Capitol Hill neighborhoods, where pipe bombs were placed on January 5. The FBI asked that the public watch the videos to see if anyone recognizes the suspect’s “gait, body language or mannerisms.”

The FBI is offering a $100,000 reward for information leading to the arrest and conviction of the person who planted the bombs. US Capitol police received reports of the bombs about 1 p.m. on January 6 and disabled them before they could detonate.

“We still believe there is someone out there who has information they may not have realized was significant until now,” the FBI said. “We know it can be a difficult decision to report information about family or friends, but this is about protecting human life.”

Many observers suggested that the person in the FBI footage looks like a woman.

While the investigation of the Capitol riot has moved forward at what the FBI calls “unprecedented” speed and scale, with more than 300 people being arrested, the pipe-bomb case has gotten less attention. Conservatives, such as social media commentator Peter McConeghy, have questioned the apparent lack of progress on such key matters as the pipe-bomb investigation and delays in determining what caused the death of Capitol policeman Brian Sicknick.