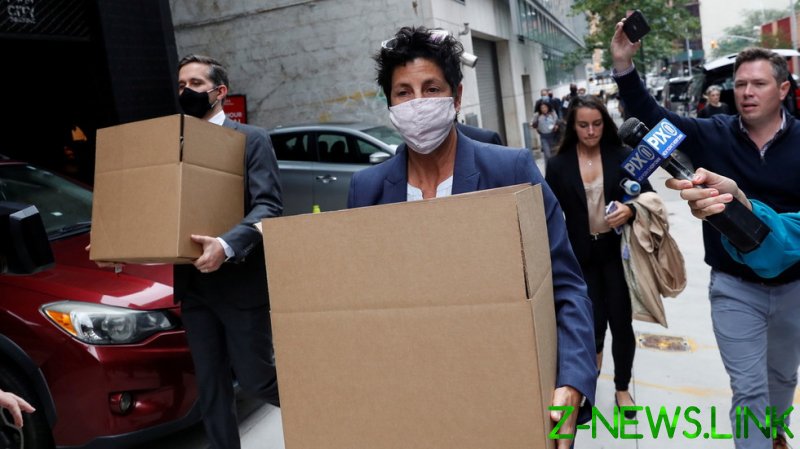 Authorities descended on the lower Manhattan offices of the country’s fifth-largest police union, whose membership consists of about 13,000 active and retired police sergeants, on Tuesday morning, FBI spokesman Martin Feely confirmed. Eight agents were seen leaving the Worth Street building, two carrying open boxes whose contents included documents, a jacket and a backpack, according to the New York Post. The public corruption unit of the US Attorney’s office in Manhattan was also involved in the probe, according to sources who spoke to the New York Times.

The agency confirmed it was “carrying out a law enforcement action in connection with an ongoing investigation” into the SBA. The probe is related to accusations of mail and wire fraud, according to the Post, which also revealed that the FBI raided union chief Ed Mullins’ home in Port Washington, Long Island around 6am Tuesday morning. They reportedly took away computer gear.

Mullins, who collects salaries as both union head and NYPD sergeant, faced trial last month on three departmental charges. He was accused of one count of abuse of authority for posting the arrest report of Mayor Bill de Blasio’s daughter Chiara on social media after she was picked up during the George Floyd riots last summer. There were also two counts of offensive language related to verbal attacks on the city health commissioner Oxiris Barbot (whom he termed a “b**ch” for not providing his officers with sufficient PPE) and Representative Richie Torres (dubbed a “first class whore” for supposedly “passing laws to defund police”).

However, his trial was cut short when one of his lawyers suffered a medical emergency. Mullins’ defense had pointed out de Blasio’s arrest record was already posted in unredacted form by a Daily Mail reporter, arguing he was instead doing his union duties by lobbying for a more forceful police response to the riots and that his tweet was protected speech under the First Amendment. It’s not known when the trial will resume, or if the FBI investigation is at all related to the charges.

The union boss is somewhat notorious for his foul-mouthed Twitter tirades, which he conducts via the official SBA account. He regularly tears into politicians and celebrities who speak ill of the police or whom he perceives as defending “criminals,” including by reminding them of their civil rights. Mullins is also a vocal enemy of Mayor de Blasio, whom he has “declared war” on via social media repeatedly for not being pro-police enough.

The mayor refrained from expressing public schadenfreude over Mullins’ misfortune, acknowledging that while the sergeant had been “a divisive voice” when “we’re trying to unify and we’re trying to get people through together,” he didn’t “know what was happening” in the current situation and wanted to “hear the details” before making any public statement about the case.