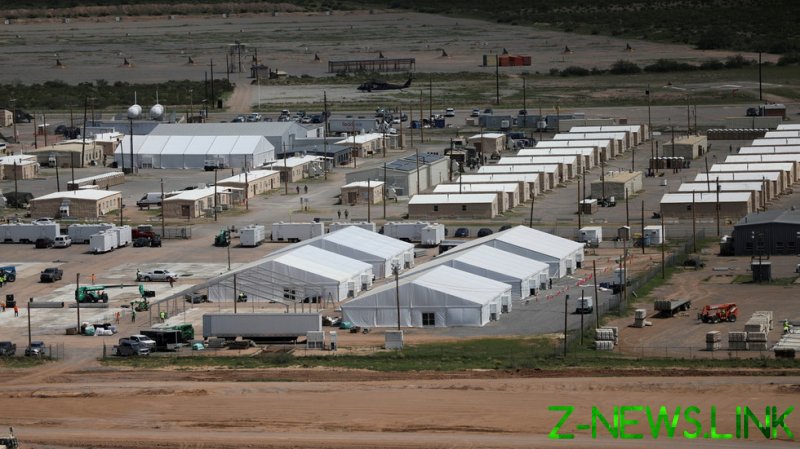 The unnamed soldier reported being assaulted by a “small group” of Afghan evacuees at Fort Bliss’ Dona Ana Complex in New Mexico last week, a spokesperson for the military base told media on Friday.

“We take the allegation seriously and appropriately referred the matter to the Federal Bureau of Investigation. The safety and well-being of our service members, as well as all of those on our installations, is paramount,” the 1st Armored Division and Fort Bliss Public Affairs said in a statement emailed to Fox and The Hill.

Both outlets also confirmed the FBI’s involvement, with FBI Public Affairs Officer Special Agent Jeanette Harper telling Fox the bureau is “investigating this allegation,” while The Hill added that the agency’s El Paso, Texas office would take point on the probe.

While the military base noted the incident took place on September 19, no other details were given as to what may have happened or the exact nature of the assault. The Fort Bliss spokesperson did note, however, that the US soldier had since been offered counseling services, and that additional safety protocols would be introduced at the site.

“Task Force-Bliss is also implementing additional security measures to include increased health and safety patrols, additional lighting, and enforcement of the buddy system at the Dona Ana Complex,” the statement continued. “We will cooperate fully with the FBI and will continue to ensure the service member reporting this assault is fully supported.”

Bliss is just one among eight US military bases being used to house up to 50,000 Afghan refugees, many fleeing their home country as the American military ended a 20-year war there and withdrew its forces. Tens of thousands of new arrivals were brought over as part of a hasty evacuation effort from the Kabul airport last month, though the issue has become politically contentious among Republican lawmakers.

“[President] Joe Biden made a decision to shove tens of thousands people on planes to make it look like his botched evacuation was going well. The truth is he had no idea who he brought to the US. That’s why I led a letter today demanding accountability and answers,” tweeted Texas Senator Ted Cruz – among the more vocal opponents of the mass relocation effort for Afghan refugees – while sharing a report on the assault on the female soldier.

Cruz signed onto a letter dated Thursday alongside fellow GOP Senators Tom Cotton (Arkansas), Ron Johnson (Wisconsin) and Kevin Cramer (North Dakota), demanding Biden investigate how his administration’s evacuation op may have “facilitated the transport and trafficking of child brides and other Afghan girls subject to sexual abuse by Afghan men,” among other grave concerns.

Another group of Republican Senators issued a separate missive to Biden on the same day, among them James Lankford (Oklahoma), Rand Paul (Kentucky), Rick Scott (Florida), Josh Hawley (Missouri) and Johnson, all members of the Senate Homeland Security Committee. Like the other letter, the senators also voiced concerns about the vetting process for newly arrived Afghans, citing two men already charged with violent and sexual crimes since entering the United States.

The Biden administration has vocally denied that anybody “of concern” had made it into the US, with an unnamed senior official telling Fox last week that there are multiple levels of screening for each evacuee.

“No one has gotten into the United States or entered that is of concern,” the official said. “The administration is working with urgency and with care to enhance the screening and vetting operations to make them more efficient without compromising US national security.”