Home / WORLD / FBI pinpoints Capitol protester by open-source investigation alone, though it’s unclear what he could be charged with 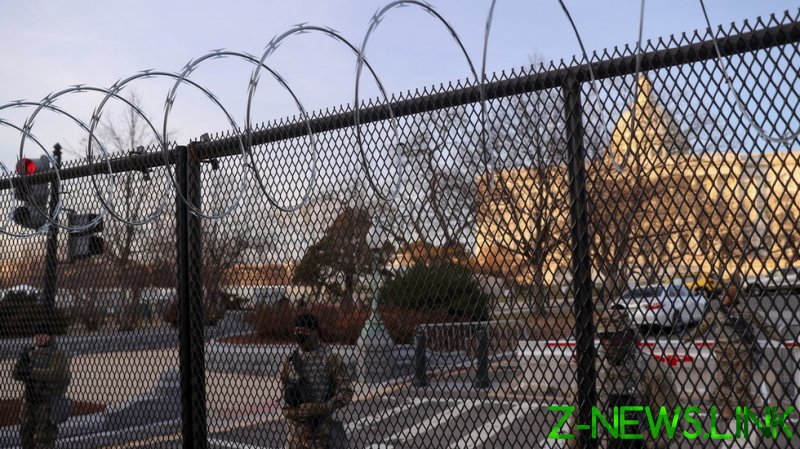 Stephen Chase Randolph, a participant in the January 6 raid on the Capitol in Washington, DC, was identified from surveillance footage and photographs using facial recognition software alone, the Huffington Post reported on Tuesday. The suspect’s identity appears to have been triangulated through computerized means alone, according to federal authorities, meaning no human informants were required to put the pieces together beyond a small social media group called ‘SeditionHunters’ on Twitter, who collected the many photos taken on that day – and even that group merely collected the photographs taken on the day of the raid and amassed them in one place.

The discovery of Randolph’s identity, then, was one of the few made in the Capitol investigation without human participation. Randolph was not ratted out by a relative or disgruntled ex-girlfriend; his presence was revealed and then confirmed using some of the thousands of crowdsourced images accumulated on law enforcement and open-source databases, including images collected by SeditionHunters, a group that describes its mission as “hunting and distributing clear face images of seditionists.”

These were not relatives or acquaintances of Randolph; SeditionHunters ran the related images using an “open-source facial recognition tool, known to provide reliable results,” digging up a public Instagram, and then one more ‘hop’ from that account – apparently belonging to Randolph’s girlfriend – turned up a public page yielding “numerous images” of the suspect. Even recognizable items of clothing appeared from one image to another, leading some of those hunting his identity to dub him “#GrayCarharttHat” for his recognizable headgear.

The FBI finally released its own images of Randolph in late January, tagging him #168-AFO for alleged “assault on federal officers.” As two FBI agents showed up at his workplace earlier this month, Randolph essentially finished the job of convicting himself, boasting that not only had he attended the riots, but he’d been there for five minutes before “s**t went crazy,” he’d stood near people who pelted police with objects, and he saw a female police officer “get pushed over by barricades and that her head had likely bounced off the handrails by the stairs,” an attack which he said likely gave her a concussion.

Randolph might not have committed any assaults himself, but the laser-like focus with which the FBI has targeted the participants in the January 6 riots almost guarantees he will suffer far beyond the “crimes” he did or did not commit. He was arrested on Thursday and is scheduled to stand trial on Wednesday.

While the deployment of advanced facial recognition technology alone to single out a suspect is notable, it does leave certain elements to be desired – i.e. an actual crime with which to charge Randolph. In an affidavit submitted to US Magistrate Judge Robin Meriweather last week and published by HuffPost, FBI Special Agent Kacy Jones notes that Randolph may have been guilty of “committing or attempting to commit any act to obstruct, impede, or interfere with any fireman or law enforcement officer lawfully engaged in the lawful performance of his official duties incident to and during the commission of a civil disorder which in any way or degree obstructs delays or adversely affects commerce or the movement of any article or commodity” – a charge whose length is inversely proportional to its seriousness. Jones also suggested he could be charged with interfering with law enforcement’s official duties.

While FBI Director Christopher Wray and a certain faction in law enforcement have played up the notion of “domestic extremism” as the next big problem for the Biden administration to tackle, the vast majority of the US population have long since moved on in their minds from the Capitol riot, especially after it emerged that Brian Sicknick, the one Capitol police officer supposedly killed by protesters, actually died of a stroke in the days following his altercation with the demonstrators. Even law enforcement has bigger things on its plate, like the seemingly endless string of mass shootings that have been plaguing the nation this year.

Though Randolph’s identification seems to have gone smoothly, facial recognition software has been criticized before for its poor ability to tell nonwhite individuals apart. Given the FBI’s already-extant affinity for setting up Middle Eastern men on terrorism charges, allowing facial recognition algorithms alone to set up and solve their own crimes has the potential to unleash a major civil rights disaster.